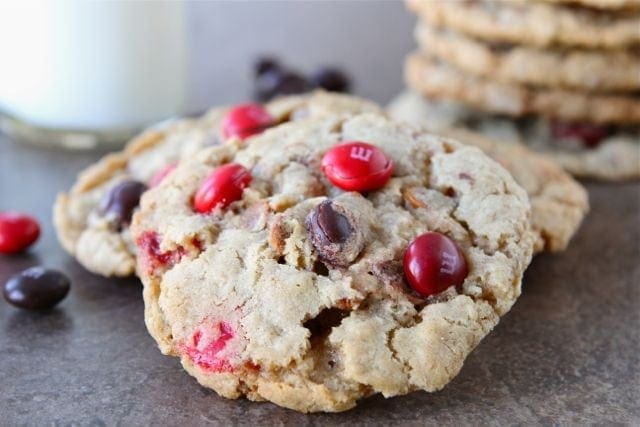 I was doing some last minute holiday shopping last week at Target and spotted Cinnamon M&M’s in the candy aisle. I love cinnamon and M&M’s so of course I had to buy a bag. When I got home, I busted open the bag to sample the new M&M’s. The M&M’s are larger in size than regular M&M’s, but the same size of Peanut Butter M&M’s-yes, I know my M&M’s:) They come in four colors-red, dark red, brown, and a darker brown. I will be honest, I wasn’t crazy about them. They are good, but not amazing:) They taste like regular milk chocolate M&M’s with a slight hint of cinnamon. They are super sweet too. I knew I couldn’t eat them by the handful, so I decided to bake a batch of Cinnamon M&M Oatmeal Cookies. 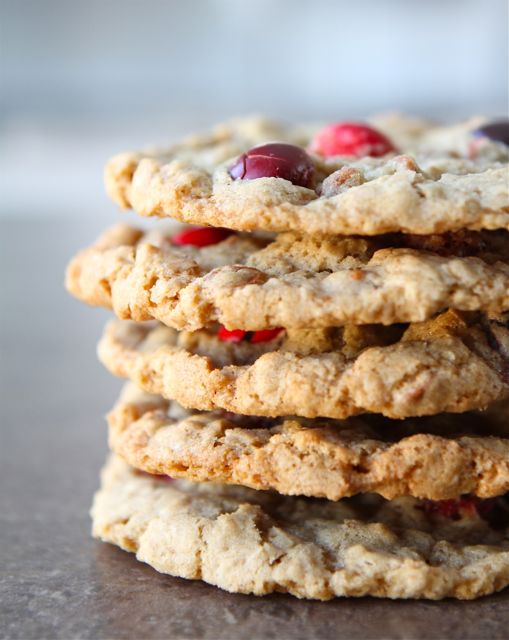 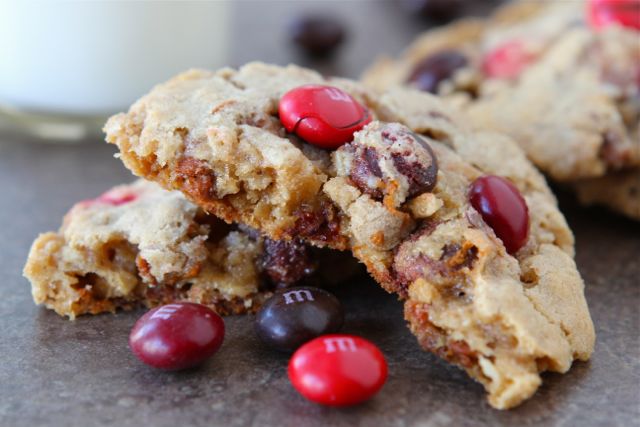 My family really enjoyed the cookies, especially my little niece. She even fell asleep with a cookie in her hand, she didn’t want to let it go:) I think the Cinnamon M&M’s are a seasonal item, so you better hurry if you want to try these cookies. I found them at Target, but I looked and Amazon also carries them. If I see them again, I will buy another bag.  They were a great addition to these cookies.

My good friend Jenny, from Picky Palate, also made cookies with the new Cinnamon M&M’s. She posted a photo of her Cinnamon M&M cookies on Instagram the other day and I started laughing. We always have cookies on the brain:) One of the many reasons why we are such great pals:) So we decided it would be fun to share our Cinnamon M&M Cookie recipes on the same day. Make sure you go and check out her delicious cookie recipe. And go find those M&M’s so you can get baking! 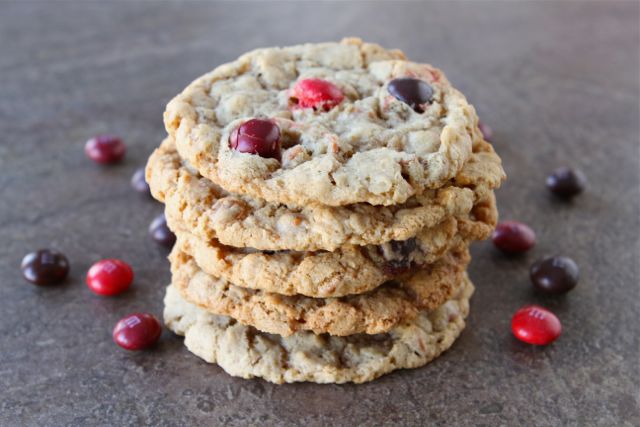 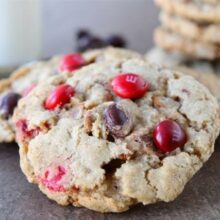 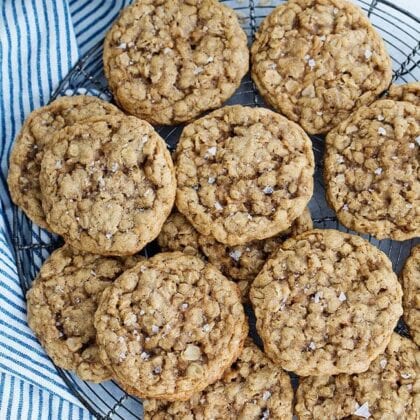 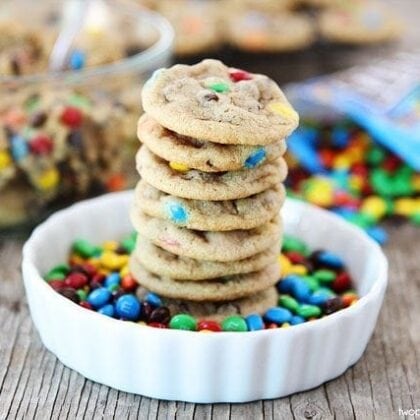 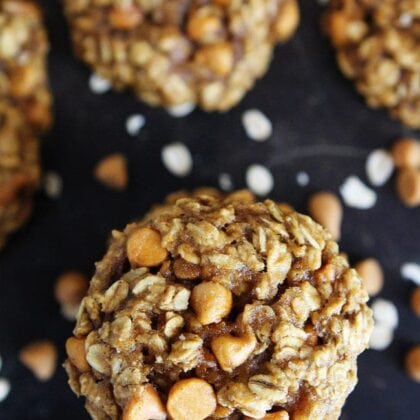 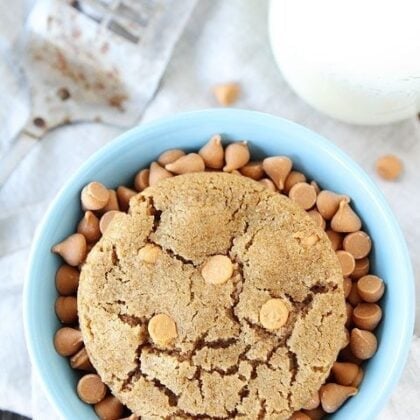