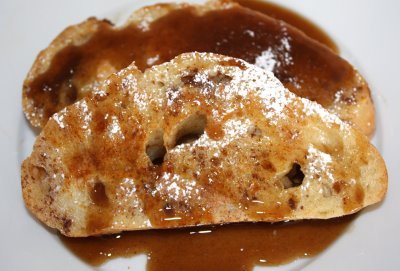 We made another fabulous creation from our Artisan Bread in Five Minutes a Day dough. I am telling you this dough/method is pure magic! We pulled out our big tub of dough and cut off a portion to make a French baguette. We shaped the loaf and let it rest for 20 minutes. I again, was stunned by the end results. The baguette was perfect!

We decided to treat ourselves to an indulgent breakfast to celebrate our professional bread baking skills…ha! We made French toast with our fresh French baguette. I loved slicing into the crusty baguette! And guess what, there were lots of holes. My dad is obsessed with finding holes when he bakes bread, I am glad ours passed the hole test:)
We dipped our bread into an egg, cinnamon, vanilla, and milk mixture and cooked the slices. I also made cinnamon syrup to drench our French toast in.  A dust of powder sugar and we were set!
The French toast really hit the spot. The bread was thick, custardy, and soaked with cinnamon. Just how I like it. Try this for a sweet breakfast treat…and if you haven’t tried baking Artisan in Five, just do it already! 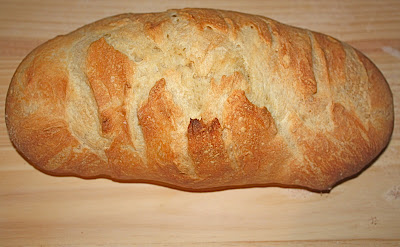 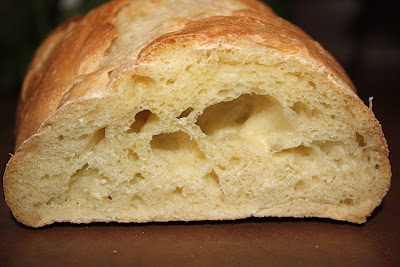 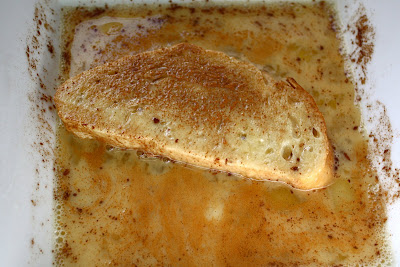 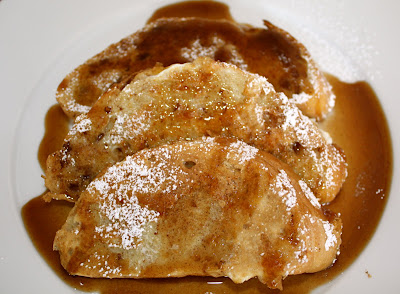