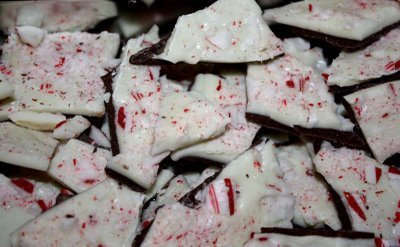 Peppermint bark is a great gift to give out during the holidays. Most people don’t think about making it, but it is so easy and TONS cheaper than the store bought stuff. (not mentioning any names, but come on Williams Sonoma, your bark is good, but not worth that much, oops, I mentioned their name.) So try this recipe. It doesn’t take long for the bark to set up and when it is done you can just break it into pieces. 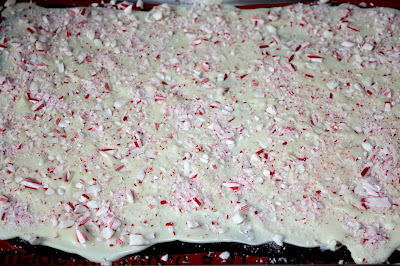 I had leftover bark so I decided to bake cookies with the extra pieces. I used a basic chocolate chip recipe and threw in the bark. They were really tasty!! The peppermint bark added a nice crunch and was quite refreshing at the same time! I think I will make these every year! 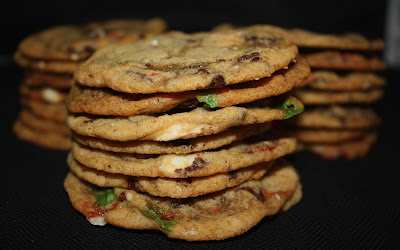 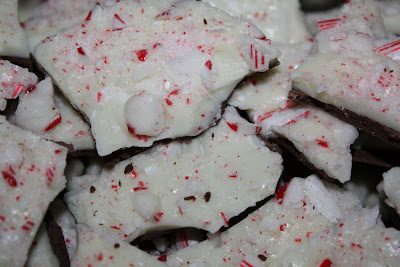 Adapted from Use Real Butter

Melt the dark chocolate and pour onto a jelly roll pan lined with aluminum foil or a silpat. Spread evenly to desired thickness. Place in refrigerator to harden. Sift peppermint candy to separate the large chunks from the peppermi

nt sand. Melt the white chocolate. Stir in peppermint oil. Make sure it is only a drop. That stuff is strong! 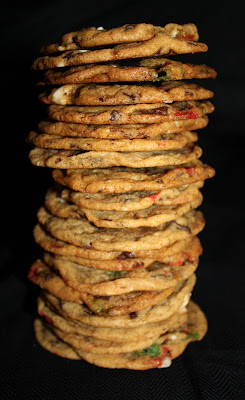 Drop the dough by heaping tablespoons onto a baking sheet lined with parchment or a Silpat! (I use a silpat, they are the best.) Bake the cookies 2 inches apart for about 10 minutes at 350 degrees. Let the cookies cool on the baking sheets for a minute and transfer to a cooling rack.