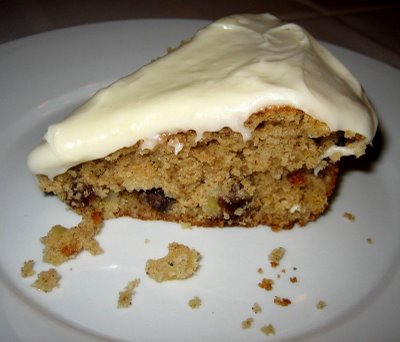 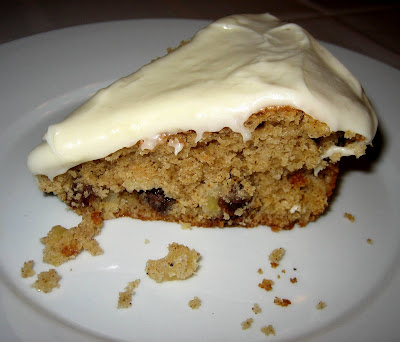 I had leftover maple cream cheese frosting from the Pumpkin Cupcakes and I hate letting good things go to waste. So I tried a recipe I spotted on Sharon’s blog, Culinary Adventures of a New Wife.

I love apple everything and when I saw this cake had raisins in it I knew I had to try it. Most people have a love/hate relationship with raisins…I love them. I think I get this from my father. He is obsessed! He probably eats a pound of raisins a day…ok, maybe in two days, but I am not joking, he loves the shriveled up little guys. He takes a handful and stuffs them in his cheeks like a chipmunk. He sucks on them until they are gone and loads up for another round:) So I was for sure keeping the raisins in this cake. If people don’t like them they can pick them out, that is my dad’s philosophy. 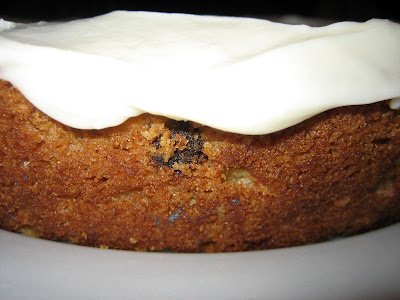 This cake really was a “piece of cake” to make. It took no time at all and the results were delicious. The apples and raisins were the stars! I loved the plumpness and juiciness they added to the cake. The frosting was a great touch too! Thanks Sharon! 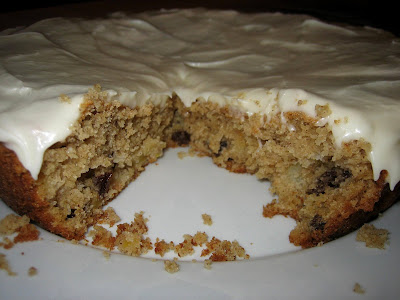 Adapted from Cooking Light and Culinary Adventures of a New Wife

1. Preheat oven to 350
2. Coat a 9 inch round cake pan with cooking spray. Dust with flour and shake to coat evenly.
3. Spoon and level flour into measuring cups. In a small bowl, combine flour, baking powder, salt and cinnamon, cloves, and nutmeg with a whisk.
4. Place softened butter and granulated sugar in a mixing bowl and beat until well blended. Beat in vanilla and egg.
5. Beat in flour mixture alternately with milk, beginning and ending with flour.
6. Fold in apple and raisins
7. Pour batter into pan and bake at 350 for 35 minutes or until a toothpick inserted into the center comes out clean.
8. Cool 10 min on a wire rack. Carefully remove from pan and sprinkle with powdered sugar or frost with maple frosting once cool. I recommend the frosting it is so good! Maybe make a half batch if you are just making this cake. 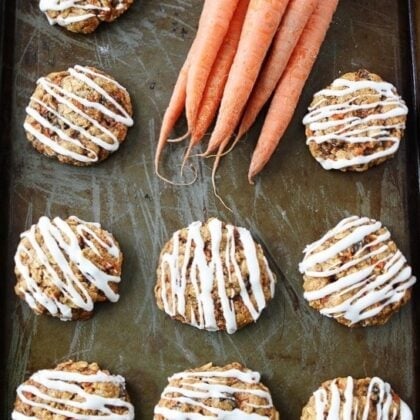 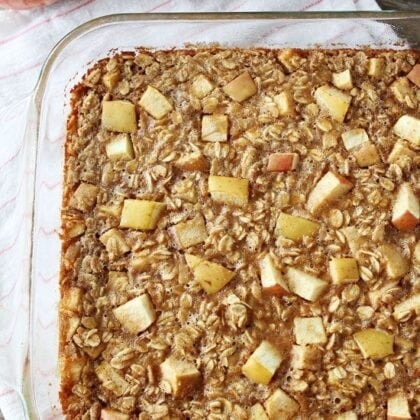 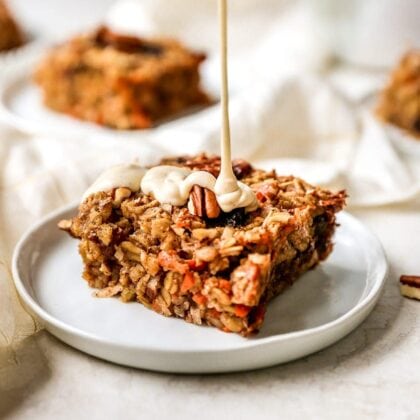 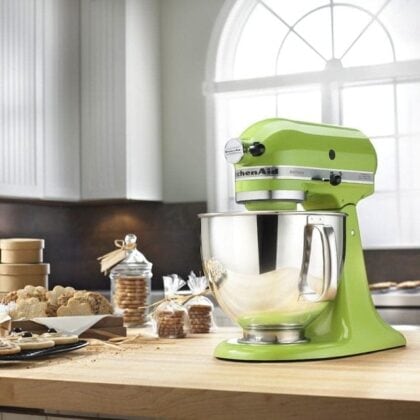