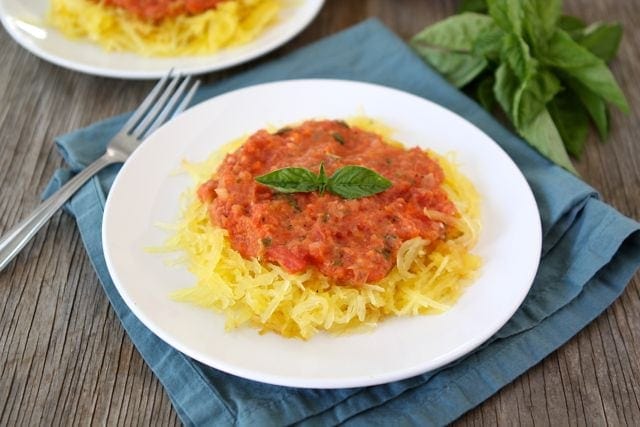 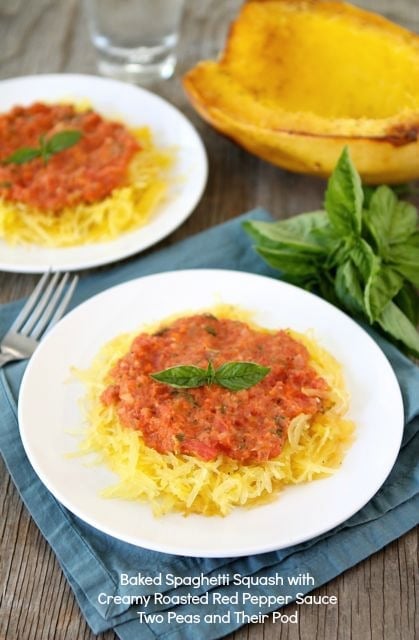 We were out on a walk and noticed our neighbors had a huge pile of spaghetti squash in their front yard with a big free sign. It was my lucky day because I didn’t have anything planned for dinner and I love spaghetti squash. I loaded up the stroller with a few squash and headed home to make some dinner. 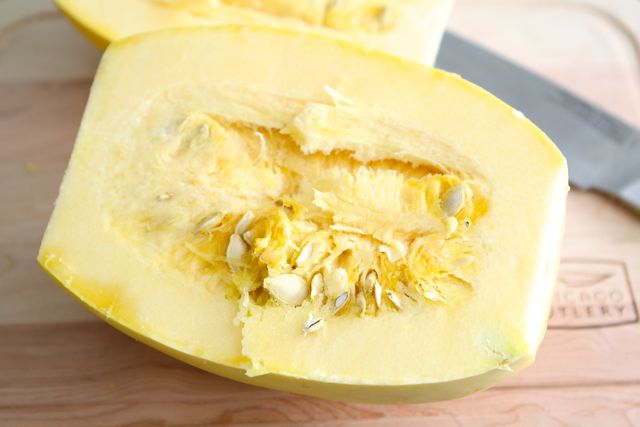 How to Bake Spaghetti Squash

How Long to Bake Spaghetti Squash

Let the spaghetti squash cool for a few minutes. Take a fork and scrape the squash to remove flesh in long strands-like spaghetti. See, I told you it was easy! 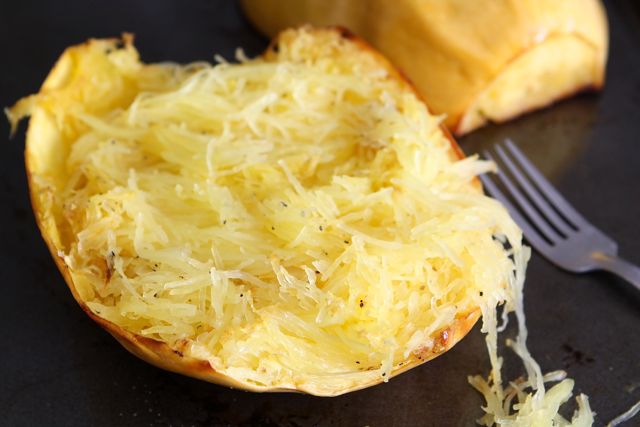 I topped the baked spaghetti squash with a creamy roasted red pepper sauce. The sauce is creamy, but there is no cream involved. I used Greek yogurt to create a rich and creamy sauce. You’ve gotta try this one folks! This Baked Spaghetti Squash with Creamy Roasted Red Pepper Sauce is healthy but tastes like a comforting pasta dish. You won’t miss the pasta and cream! It’s a great gluten-free and vegetarian meal! 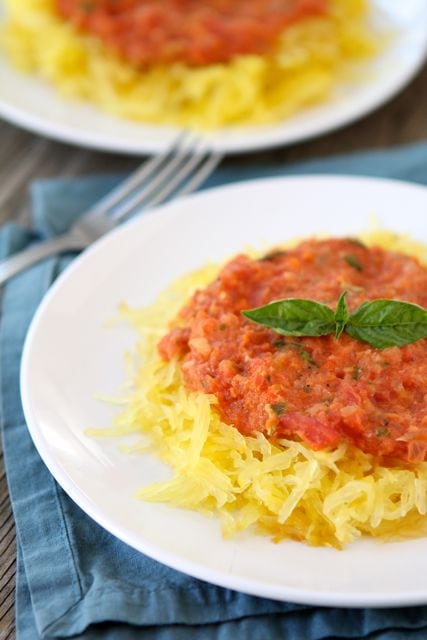 Our little Caleb devoured this healthy Baked Spaghetti Squash. I couldn’t keep up with him! He kept grunting for more bites. I am sure he thought he was eating spaghetti, but mama was happy he was eating his veggies! He made a little mess with the sauce, but that is all part of the fun:)

Baked Spaghetti Squash with Creamy Roasted Red Pepper Sauce is going to have to be a regular meal at our house. Caleb insists! 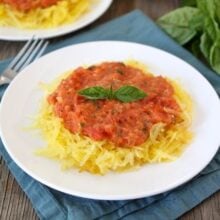 For the Spaghetti Squash: