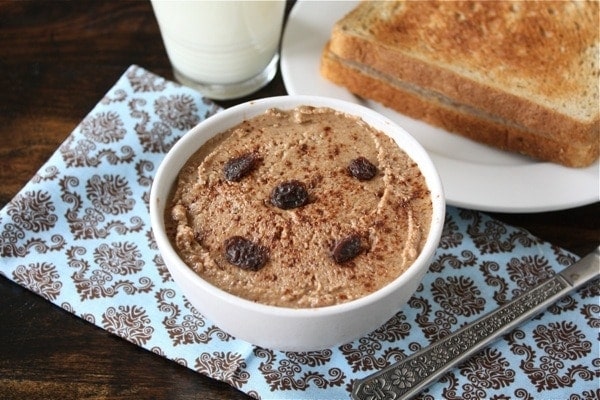 Almond butter is one of those great pleasures in life. It is somewhat pricey at the store, so when I saw Brittany’s recipe for homemade Cinnamon Raisin Almond Butter on Tasty Kitchen I knew I had to try it. I love all things cinnamon and raisin. Plus, the recipe only has four ingredients-almonds, cinnamon, raisins, and vanilla. You can’t get any easier than that! 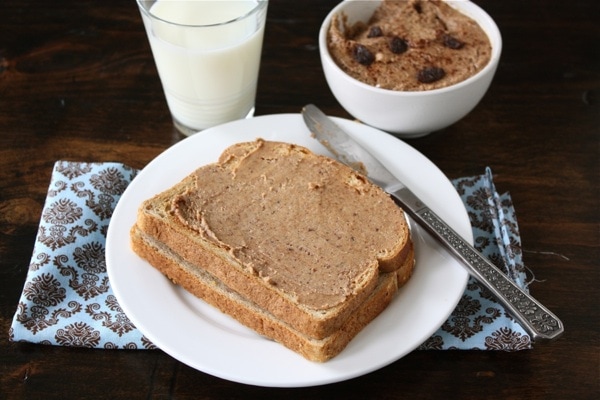 First, you roast the almonds for about 20 minutes in the oven to bring out the flavor. Next, you put all of the ingredients in the food processor and process until smooth. That is it! The outcome is creamy, sweet, cinnamon kissed almond butter. If you are a raisin hater, don’t shy away from this recipe. The raisins disappear after processing and just add a hint of sweetness to the almond butter. If you are a nut butter fan, try making this Cinnamon Raisin Almond Butter at home. It is great on toast, sandwiches, a great dip for apples, or stirred into oatmeal. For the recipe and step-by-step photos visit Tasty Kitchen.

Thanks everyone for your congratulations on our feature in Where Women Cook Magazine. We hope you enjoy the article. Have a great Father’s Day weekend!