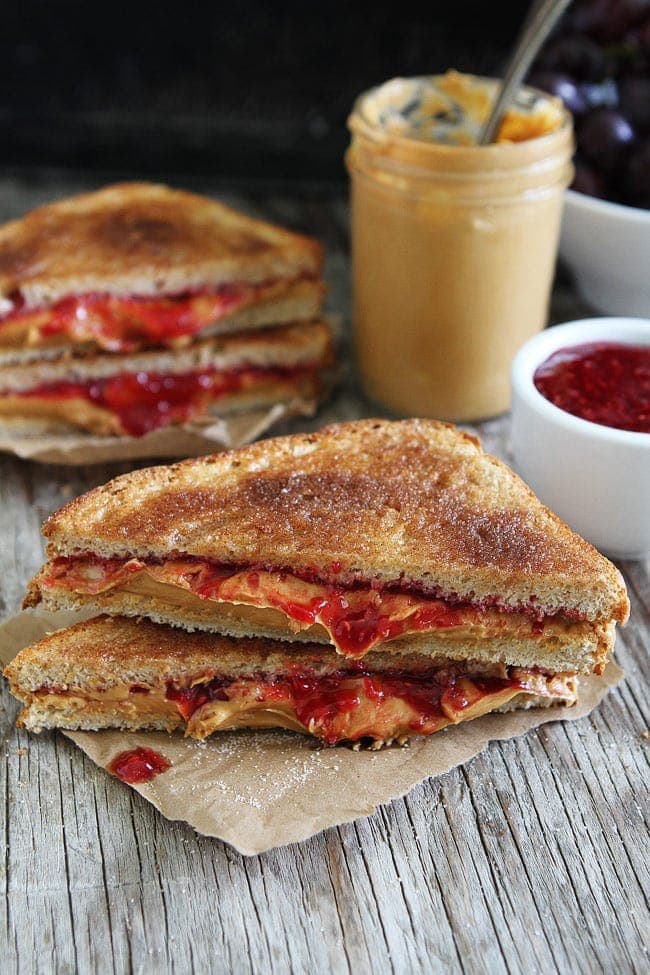 Cinnamon Toast PB&J-two classics team up to create one amazing sandwich! Kids and adults will love this peanut butter and jelly sandwich! 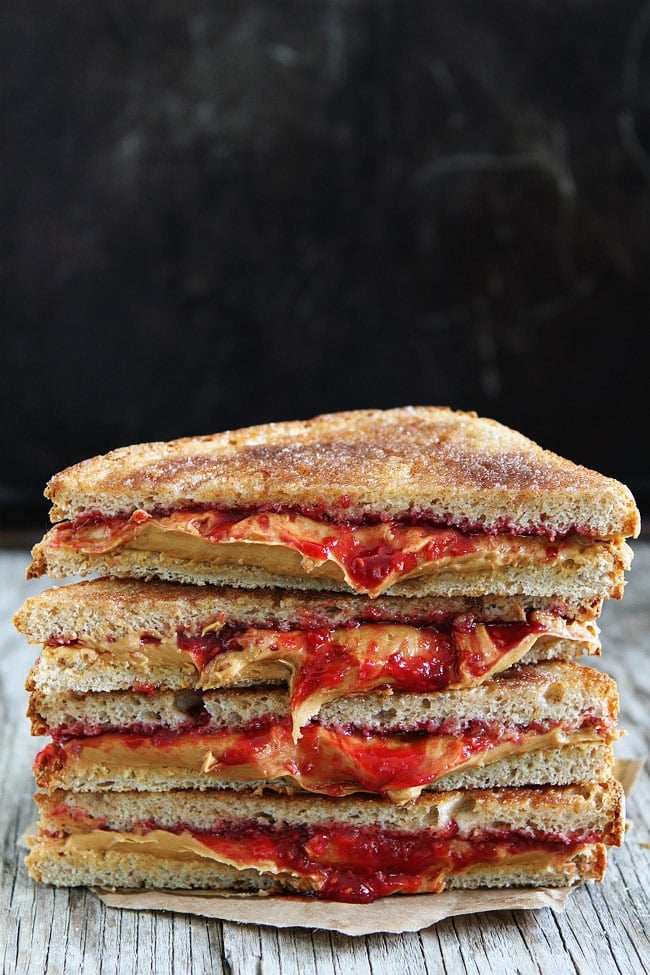 Peanut butter and jelly sandwiches and cinnamon toast are two of my favorite childhood foods. Well, I guess I shouldn’t call them childhood foods because I still enjoy them today. They are classics and will never go out of style, especially when you combine the two to make a Cinnamon Toast PB&J sandwich. This is the BEST PB&J I have ever had! 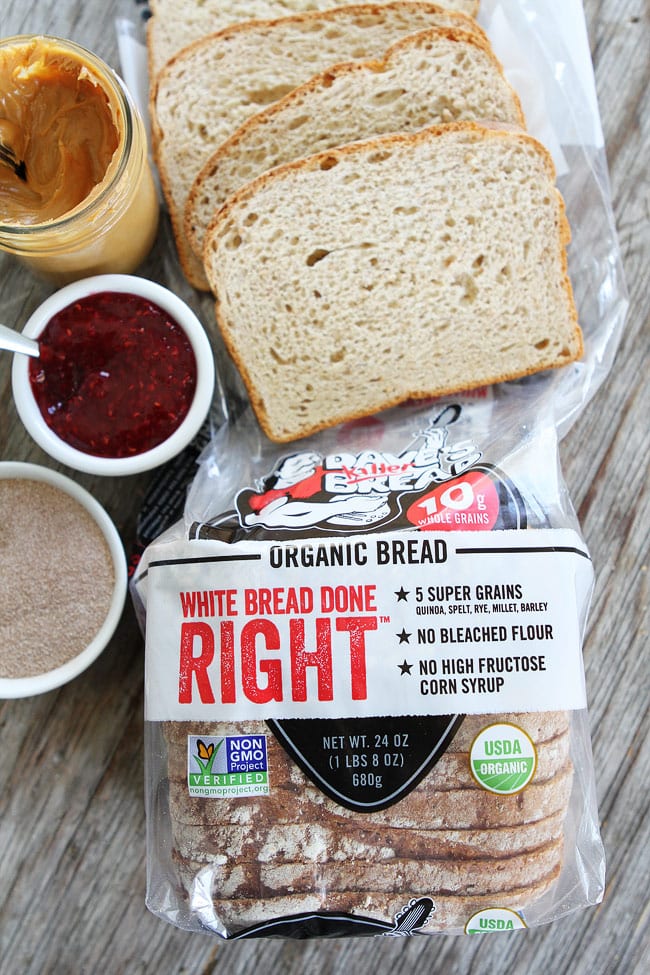 A cinnamon toast PB&J sounded good to me, so I made my boys a special PB&J. Of course, Maxwell wanted the same sandwich, he has to have everything big brother has.

To make the sandwiches, I used Dave’s Killer Bread. I used the White Bread Done Right bread because it is my boy’s favorite and I like the nutritional label. It has the most whole grains of any organic white bread. It is made with five super grains, 10 grams of whole grains and no artificial anything. With a golden color and perfect texture it is the perfect bread for sandwiches! 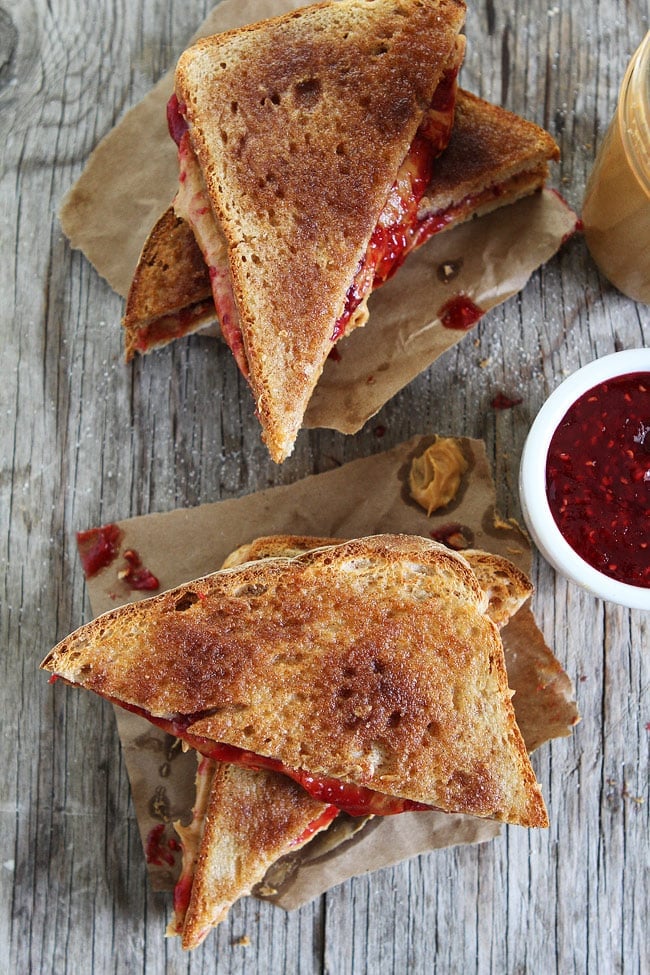 First, I made cinnamon toast. I spread softened butter on the bread slices and toasted them up in the oven with cinnamon and sugar. When the bread came out of the oven, I slathered on creamy peanut butter and raspberry jam. The toast was still warm so the peanut butter got a little melty…and messy! Trust me, it is SO worth the mess!

Caleb’s idea was genius! The boys loved their lunch special Cinnamon Toast PB&J sandwiches! And I was so jealous of their sandwiches, I had to make one for myself. I asked the boys to share, but they wouldn’t even let me have a bite. They were that good:)

You have to try this Cinnamon Toast PB&J! The combo of two classics is amazing! You might not have a regular PB&J again! 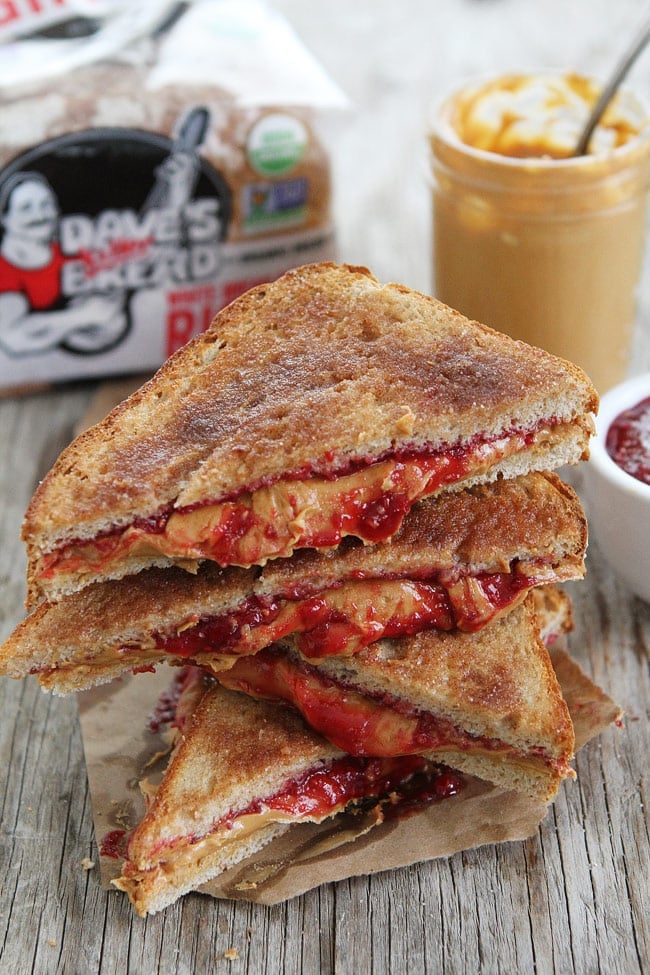 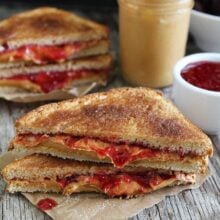