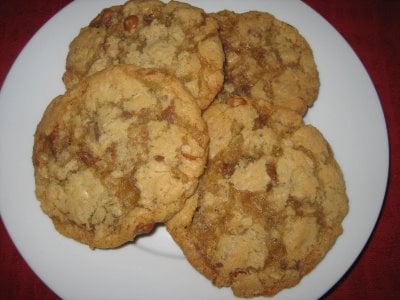 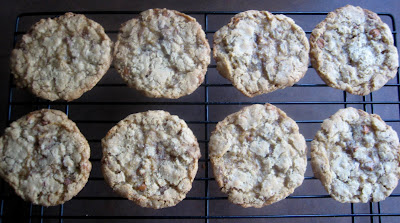 Last week a grocery store had Hershey’s chocolate chips on sale for 70 cents a bag. Sure, you had to buy ten bags but that was not an issue for me. The more chocolate in the house the better! Plus the holidays are coming up and I know I will be baking a ton. I purchased semi-sweet, milk chocolate, peanut butter, and cinnamon chips. I am stocked!

I decided to open a bag of the cinnamon chips and make a batch of cookies. Cinnamon is the perfect flavor for fall. I started out with my favorite oatmeal cookie recipe. I added a pinch of cinnamon and the chips and then I discovered a couple of Heath bars in the freezer so I chopped those up and threw them in too. The end results…a most excellent cookie! They were crisp but still a little chewy. The toffee melted nicely in between the oatmeal and the cinnamon chips gave them the perfect pop! I will for sure make these again…and again! 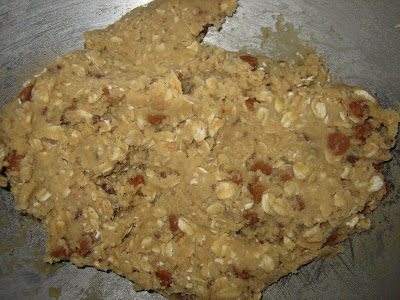 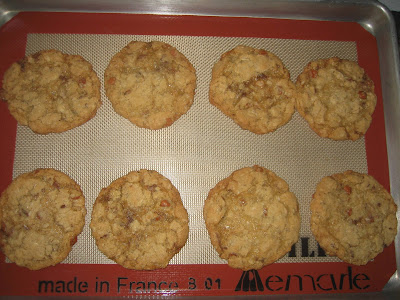 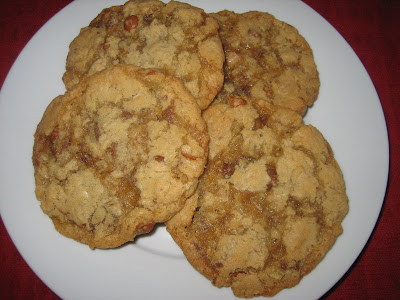 Beat butter in mixer until soft. Add in sugars, eggs, and vanilla. In a separate bowl, whisk together the salt, baking powder, soda, flour, and dash of cinnamon. Add to wet ingredients. Mix it up! Add your oats and then your chips and Heath chunks.

I scaled this down so it makes about 2 dozen or so! Feel free to double it for more cookies!