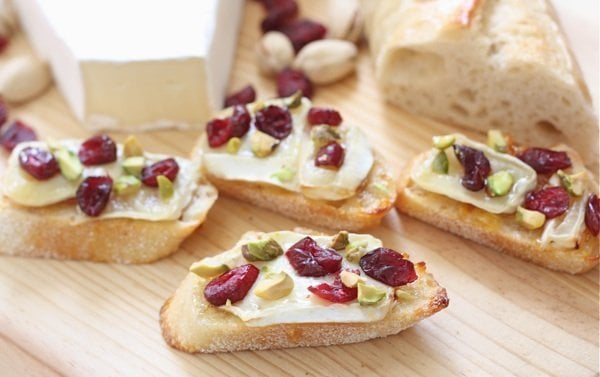 December is filled with holiday parties, dinners, and events. We love seeing so many of our friends, family members, and celebrating the joyous season. Of course, we enjoy the tasty food as well. One of my favorite holiday appetizers to serve and eat is cranberry orange brie crostini. 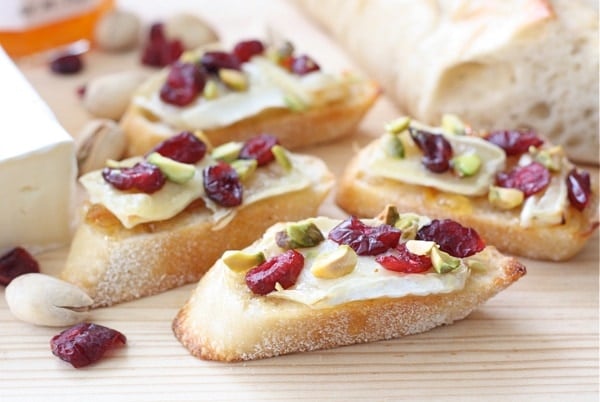 If you are looking for a new holiday appetizer to serve this year, you must try this crostini recipe. It is delicious, easy to make, and pretty to serve. All you have to do is spread orange marmalade on baguette slices, top with brie, and pop them in the oven until the cheese is melted. I could eat a whole plate of melted brie on bread, but to spice things up for the holidays I add dried cranberries and pistachios on top of each baguette slice. It’s that easy!

Make this festive cranberry orange brie crostini for all of your holiday parties. It is sure to be a hit and doesn’t require a lot of work-my favorite kind of recipe. 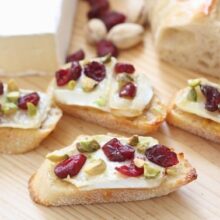 Grilled Pear, Brie, and Honey Crostini from Two Peas and Their Pod
Crostini with Goat Cheese and Leek Confit from Dana Treat
Caramelized Onion Crostini from For the Love of Cooking