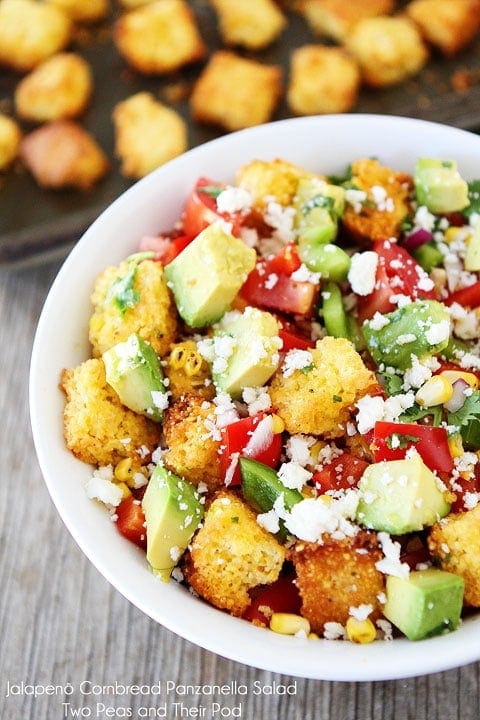 I love traditional panzanella salad, an Italian bread salad with tomatoes, basil, olive oil, and balsamic vinegar. It is one of my favorites. I also love creating new recipes, so instead of making the same old panzanella salad I decided to create a panzanella salad with a twist! I made a Jalapeño Cornbread Panzanella Salad that gives the classic panzanella a run for it’s money. It is tasty! 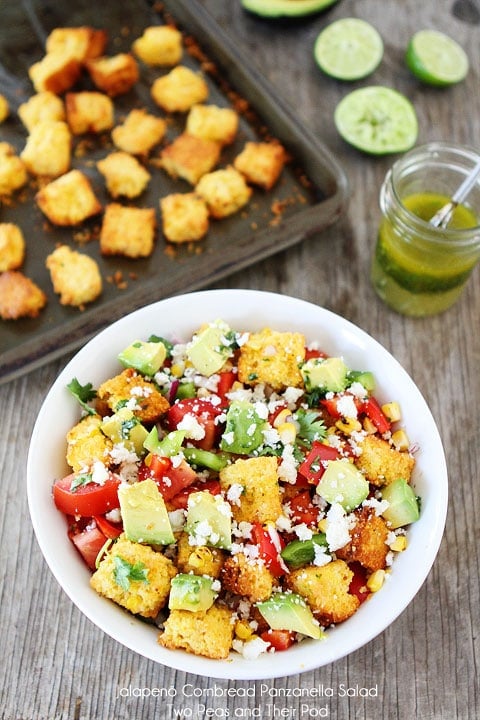 This isn’t your typical salad. You won’t find any leafy greens here. No siree! Instead you get cubes of toasted jalapeño cornbread and lots of other goodies! A carb loaded salad? Who’s in? Both of my hands are raised. 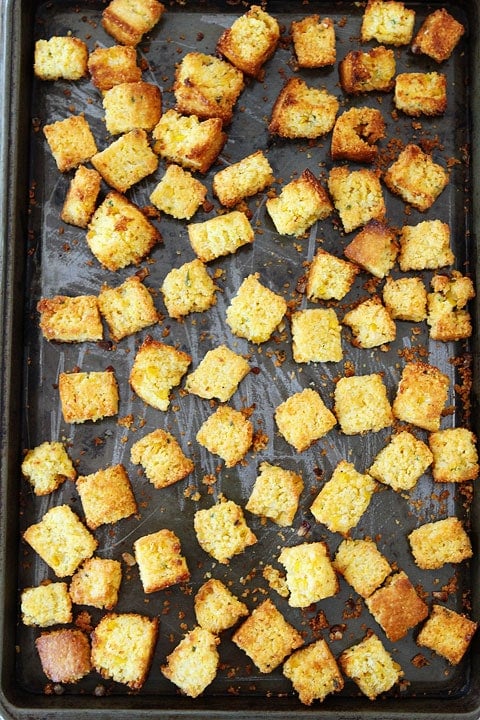 I made a pan of homemade jalapeño cornbread, cut the bread into cubes, and toasted them in the oven. I could have stopped right there and eaten the whole baking sheet, but I had my mind set on this salad so I only ate a couple cubes…or maybe it was a couple of handfuls:) Who’s counting?

If you are feeling lazy, you can use store bought cornbread or a box mix, but I promise you the jalapeño cornbread is worth the extra effort. And it really isn’t hard. 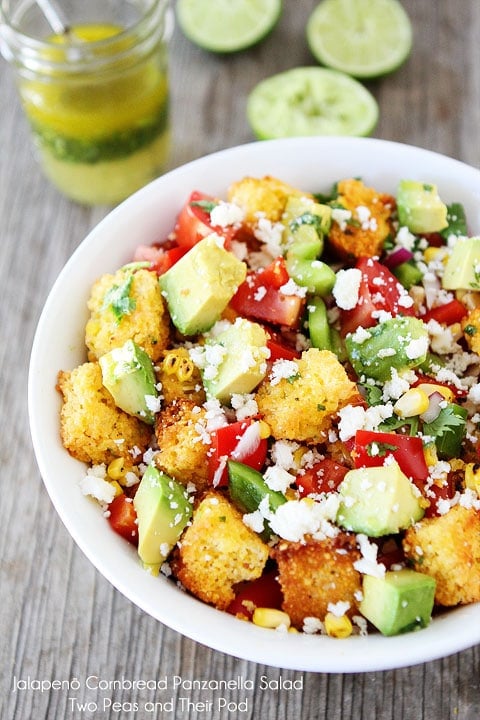 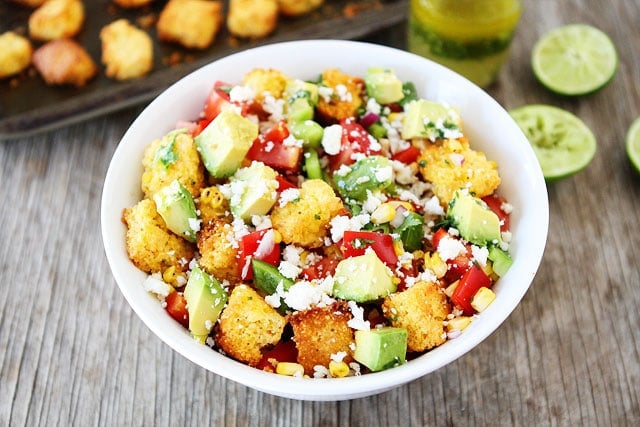 I drizzled a simple cilantro lime dressing over the salad and gave it a good toss! We served the Jalapeño Cornbread Panzanella Salad at one of our BBQ’s and it was a smashing success! Everyone loved it!

There aren’t any greens involved, but a salad is a salad. So eat up! This Jalapeño Cornbread Panzanella Salad is delish! 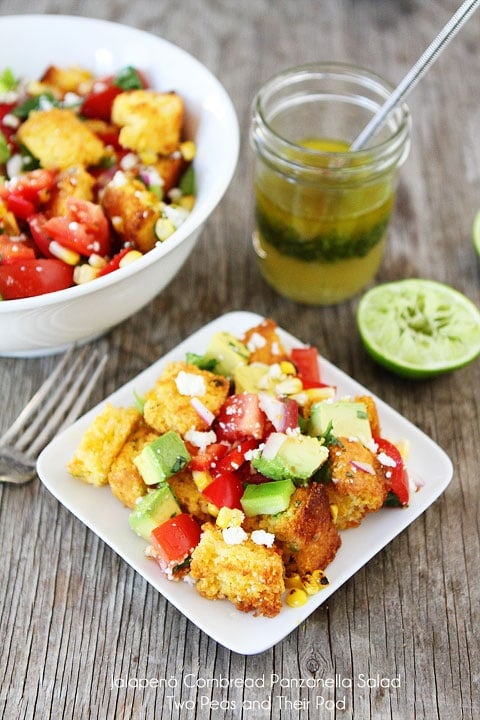 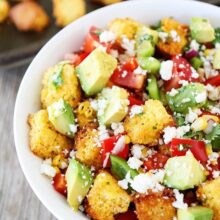 For the Jalapeño Cornbread: