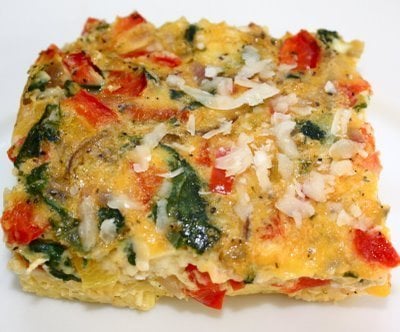 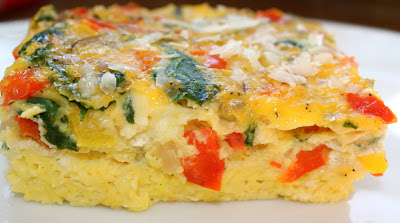 I am not a fan of most casseroles. The name alone doesn’t sit right with me. I don’t like mixing my foods and it seems like most casseroles contain canned soup, which is scary to me. I am sure there are some fabulous casseroles out there. I know they make quick and easy meals and most people enjoy them, but they are not my “cup of tea.”

We had some friends over for brunch and Josh asked if he could make an egg CASSEROLE. AGGH! That word again:) I didn’t like the idea at first, but after he explained what he wanted to make, I was all for it.

He basically made a frittata, except it was in a 9 by 13 pan, in the oven. He used eggs and veggies-onions, red and yellow peppers, tomatoes, and spinach. He also added in some mozzarella cheese. He whipped it up in a hurry and it was actually really pretty when he pulled it out of the oven.

If you are having company for breakfast or brunch, give an egg casserole a try! It’s easy and will feed the masses! And I guess I should give casseroles a break, they aren’t that bad after all. At least this one wasn’t! 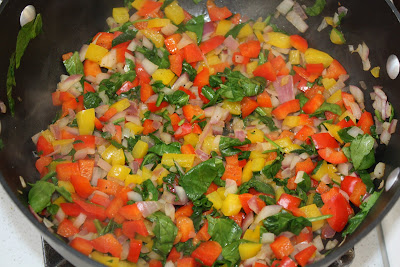 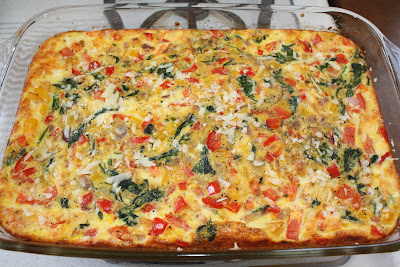 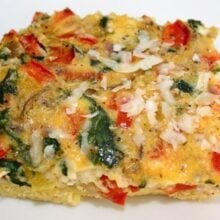