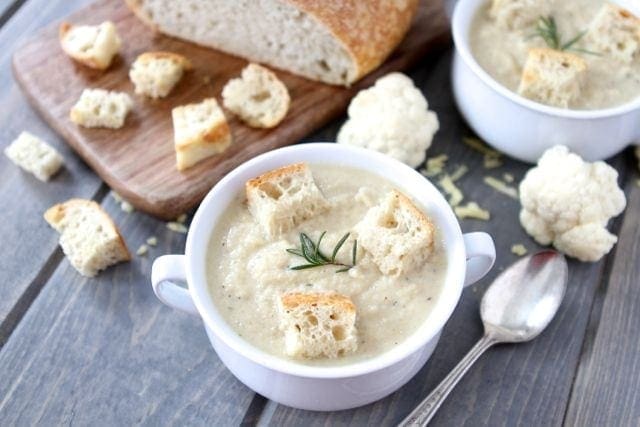 I am lucky Josh likes vegetables since I am a vegetarian. He doesn’t mind if meat doesn’t make an appearance at the dinner table. And if he is in the mood for some meat, he will make it himself to go with whatever we are having. I am also lucky he can cook:)

Cauliflower is the one vegetable that Josh can’t stand. No matter how many times I try to convince him it is fabulous, he always turns up his nose…until I made Roasted Cauliflower & Cheddar Soup.

I wasn’t expecting Josh to eat this soup, but to my surprise, he said he would try it. I had to feel his forehead to make sure he wasn’t sick. He didn’t have a fever and seemed fine, so I ladled the Roasted Cauliflower & Cheddar Soup into a bowl for him. I nearly fainted when he said he liked it. I told him it wouldn’t hurt my feelings if he didn’t want to eat it, but he devoured the entire bowl. 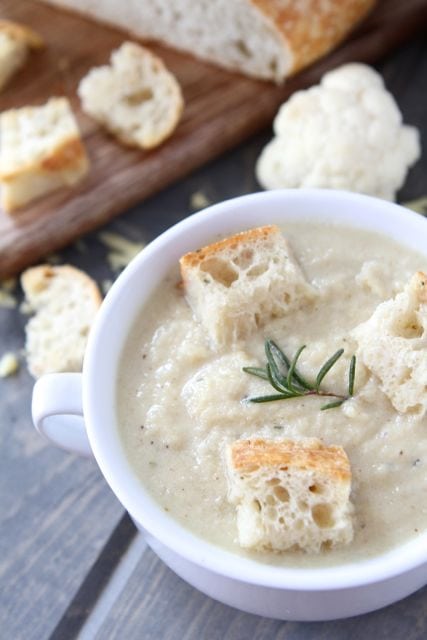 This soup is buttery and creamy…without any butter or cream. The roasted cauliflower is rich and filling, but without all of the calories. I did add a little white cheddar cheese to the soup for extra flavor. I used aged white cheddar which is a stronger cheese, so I didn’t have to use as much. I seasoned the soup with fresh thyme and rosemary.

This simple soup is perfect for a cold January day. I like to serve this soup with a salad and crusty bread or homemade croutons.

Even if you don’t like cauliflower, you should try this Roasted Cauliflower & Cheddar Soup. Josh liked it and he detests the white vegetable. I am still in shock he not only ate it, but LIKED it. And Caleb LOVED it. This soup is his favorite so far! I couldn’t feed him the soup fast enough.

If you are looking for a nutritious soup to start the new year, make this Roasted Cauliflower & Cheddar Soup. It’s a good one!

Looking for more healthy recipes? Check out our post on 75 Healthy Recipes to Kick Off 2013.

This creamy cauliflower soup is rich and creamy...without any cream!
4.75 from 8 votes 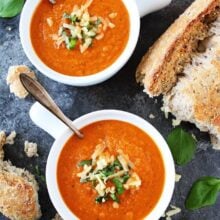 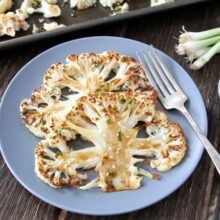 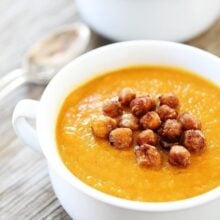