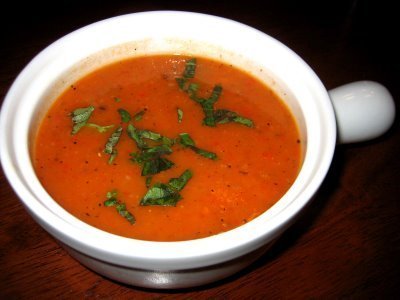 Last Saturday we found peppers at the market for a quarter, that is only 25 cents people! They had red, yellow, green, purple, and orange! All for a bargain! We loaded up a bag and went on our merry way.

So what did we make with these glorious peppers? Prudy, of Prudence Pennywise, recently posted a Roasted Pepper soup that looked delicious! We knew we had to try it.

First, we roasted the peppers. We are loving our new gas stove. I just hope the fire department doesn’t have to visit us! Josh is pretty dangerous when it comes to fire…but he loves it so I just back up and try not to watch:)

He had all the peppers going on at once.
Some were roasting on another burner. 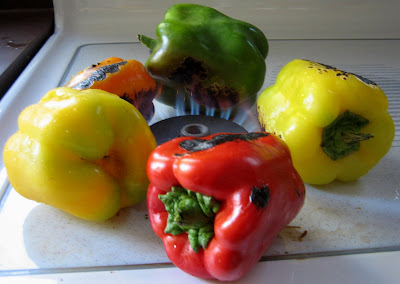 We let the peppers “sweat” in a paper bag and then we peeled them.What a great trick. It makes life so much easier. 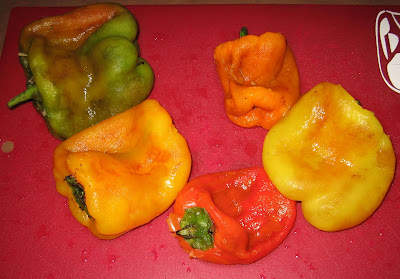 Letting the veggies get tender! 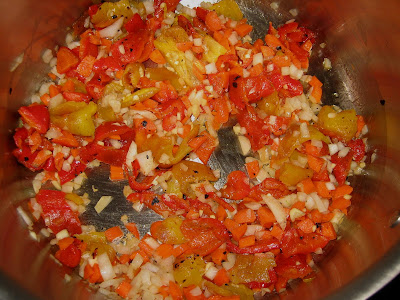 After adding in the liquid, it was time to pulverize. We got to use a new kitchen gadget we got for our wedding…our magic wand! 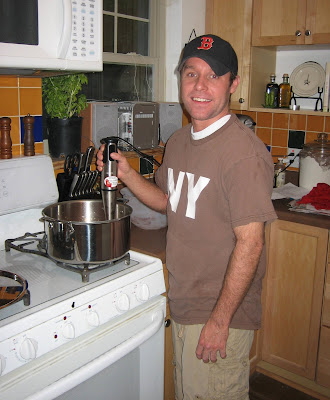 Stirring in the cream/skim milk. I tried to keep this one healthy:) 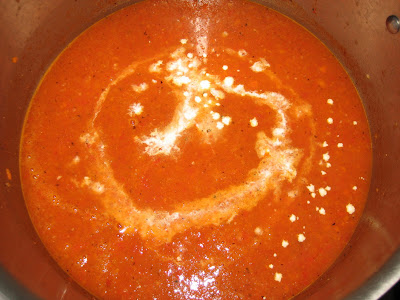 A little fresh basil on top and time to eat! 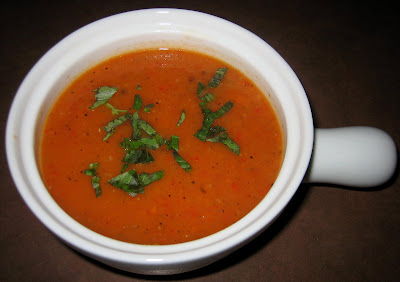 The soup was fantastic! The roasted pepper flavor was amazing, we used red and yellow. We pureed it, but left a few minor chunks, and topped it with fresh basil. This soup is a new favorite. It was easy and so flavorful! I know we will be eating this all winter…we froze the extra roasted peppers so we are all ready to go! Thanks Prudy!

Roast bell peppers until blackened in most places. (We did them over a gas flame, but you can also do it in the oven at 450 degrees.) Place peppers in a paper bag for ten minutes. Remove from bag, remove stem and seeds and peel peppers, scraping with a knife. Chop coarsely.

Blend soup in blender, food processor, or with immersion blender, until not almost smooth, but with some chunky texture. Add cream/milk and heat until just below a simmer. Season to taste with salt and pepper. Serve with fresh basil, sour cream and croutons if desired.