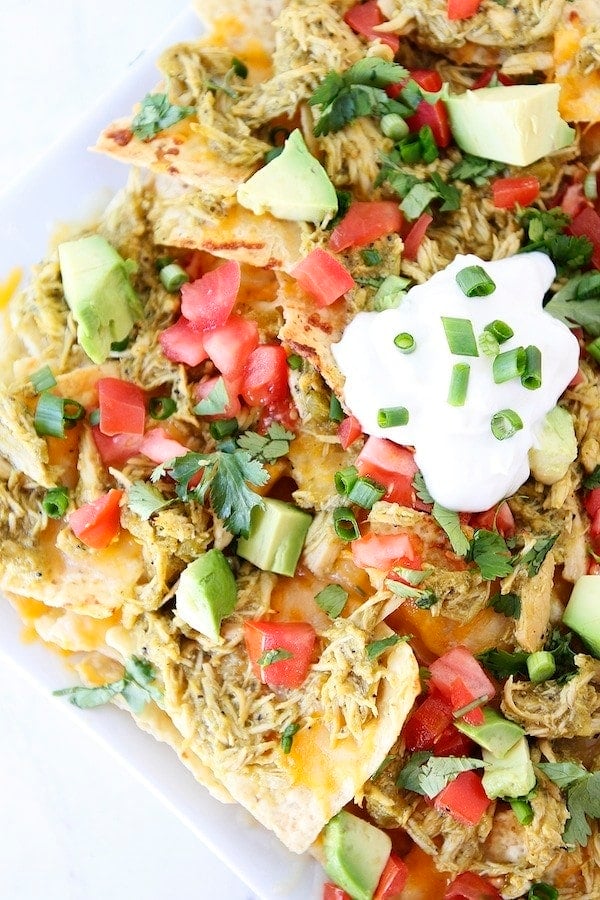 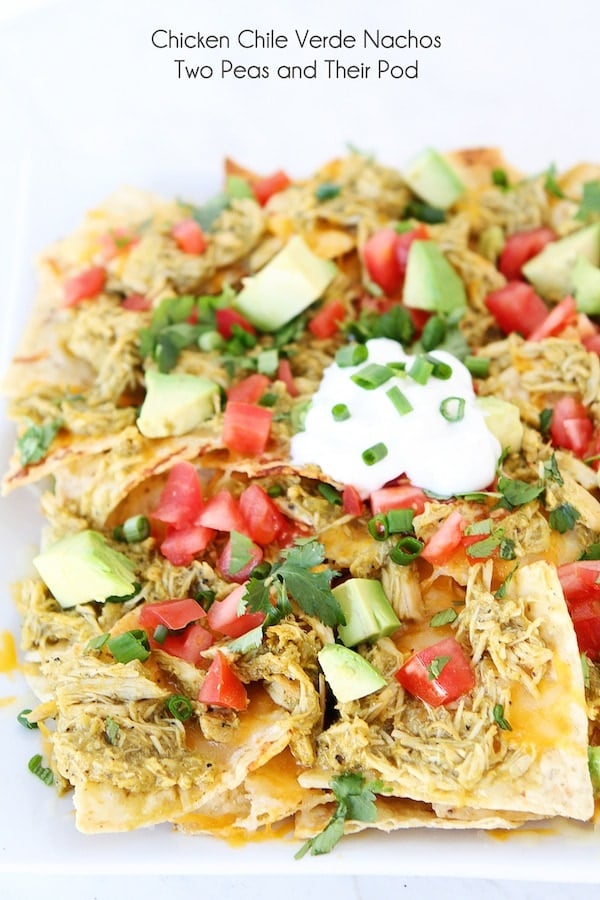 I like watching football. I would even consider myself a football fan. I grew up watching football with my dad and it’s always been a part of my life. Josh doesn’t like football, he LOVES it. I knew this when we started dating, but it didn’t really sink in until we were married.

We don’t just watch football on the weekends. We watch football on Thursday, Saturday, Sunday, and Monday night. And good thing we have the NFL channel so we can watch all of the games at once! Oh, and we watch all of the highlights during the week…over and over. And don’t forget about Dan Patrick. We have to tune in to hear what Dan thinks. Oh, and we talk about football all week and trash talk on Facebook. That is the football I know now.

Do I still like football, yes? But sometimes it gets a little old. I will watch a Bears game any day of the week, but I really don’t need football in my life 24/7. I will give Josh credit though, he does know how to make great game day food. He recently invited some friends over to watch one of the MANY big games and he made Slow Cooker Chicken Chile Verde Nachos. 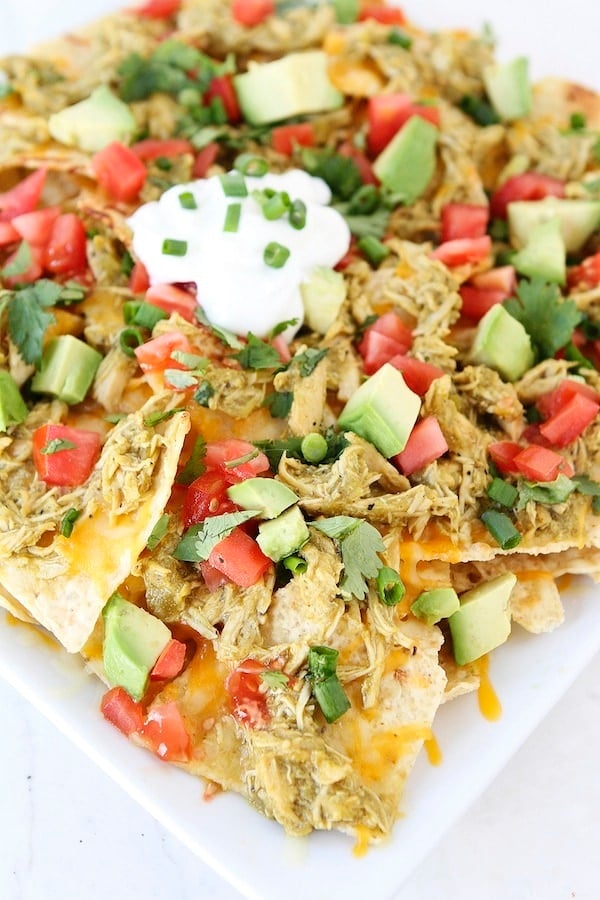 Josh made his famous Slow Cooker Chicken Chile Verde recipe to create some MEGA loaded nachos! Josh made the Slow Cooker Chicken Chile Verde the day before game day so it was ready to go. He reheated the chile verde in the slow cooker and set out lots of fun nachos toppings! Josh melted cheese over tortilla chips and let his guests go to town! They were in nachos heaven!

The Slow Cooker Chicken Chile Verde recipe makes a lot…but that is a good thing. Invite all of your friends over or you can eat Chicken Chile Verde Nachos all week long because there are games on ALL week long! Trust me, I know! And FYI-the chicken chile verde does freeze well! So you can always put the leftovers in the freezer!

Everyone loved the nachos. I couldn’t tell if they were cheering for the game or the nachos! Let’s hear it for Slow Cooker Chile Verde Nachos! Go Team, Go! 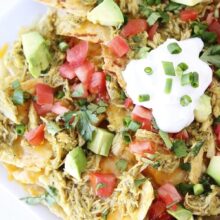 Slow Cooker Chicken Chile Verde Nachos are perfect for game day! They feed a crowd and are always a hit!
PrintSave RecipeReview