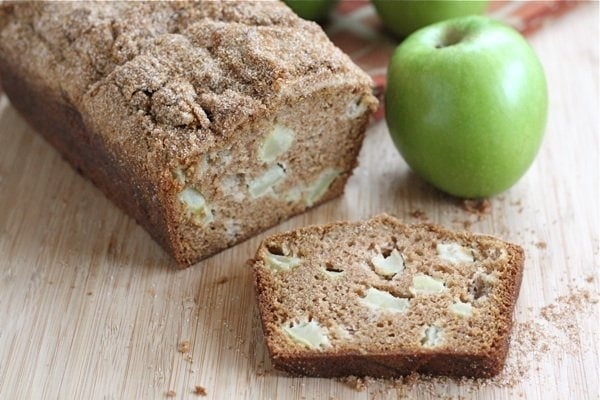 I love all kinds of apples, but Josh only likes Granny Smith. I try to encourage him to eat an apple a day, but sometimes he forgets and eats donuts instead:) I always try to keep Granny Smith apples on hand, just in case he gets an apple craving. The donuts have been winning lately, so I decided to make a loaf of apple cinnamon bread with our abundance of apples.

I love using Granny Smith apples for baking because they are tart and crisp. I chopped up two apples and folded them into the cinnamon spiced bread batter. I topped the bread with a cinnamon sugar crust and let our new oven do the rest of the work. Our house quickly filled with a heavenly cinnamon aroma, it didn’t take Josh long to wander into the kitchen to see what was baking. He wanted to eat his apples now:)

This quick bread is the perfect treat to make during the fall months when apples are at their peak. Each slice of bread is filled with chunks of fresh apples. Enjoy a slice for breakfast or as a snack. And you might want to consider doubling the recipe because our one loaf didn’t last long:) 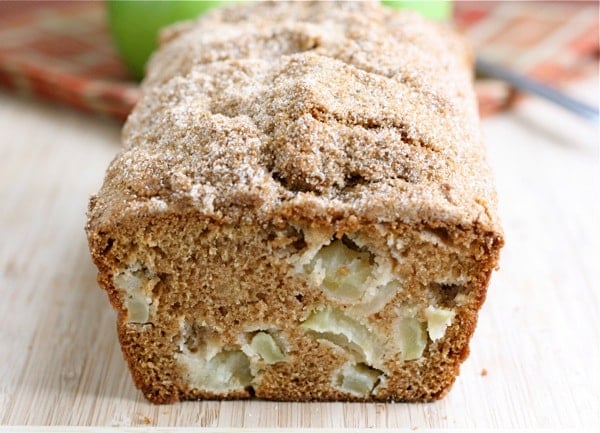 This cinnamon quick bread has big chunks of apples inside and a sweet cinnamon sugar topping.
4.25 from 4 votes 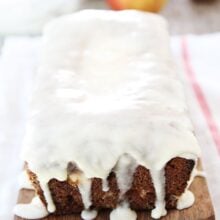 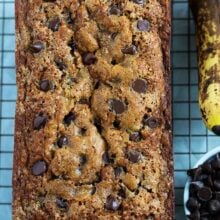 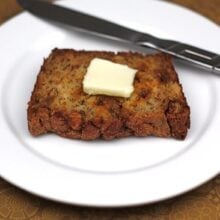 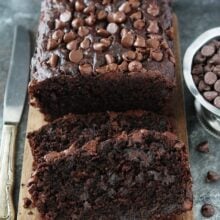