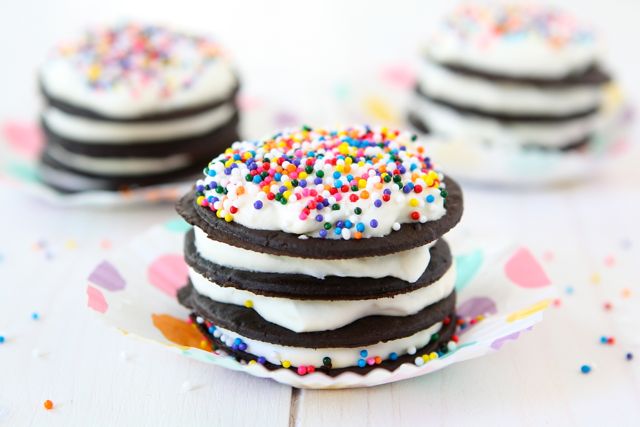 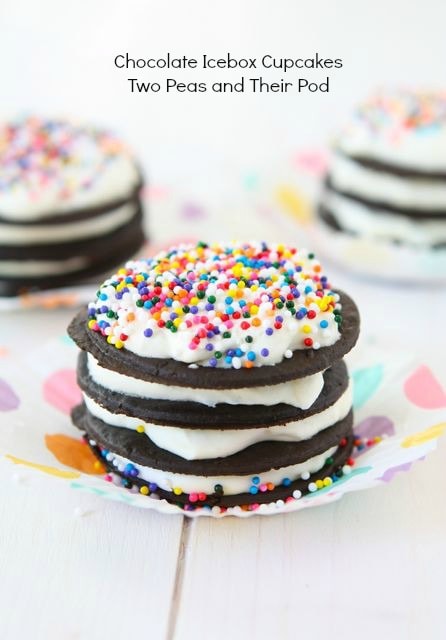 Yesterday we celebrated Caleb’s first birthday! We still can’t believe our little pea is one. We had a fun day filled with walks, playing with toys, reading, a special dinner, presents, and of course dessert! Everyone has been asking what Caleb’s first birthday cake would be and it took me a long time to decide. I knew the pressure was on:)

I decided to not make a cake at all:) For my birthday, we celebrate with cookies and for Josh’s birthday we celebrate with key lime tart, so cake really isn’t a tradition in our family. I knew Caleb would just make a mess of whatever we made him, so I kept it simple and made Chocolate Icebox Cupcakes. They are super easy to make and perfect for a one year old to destroy! 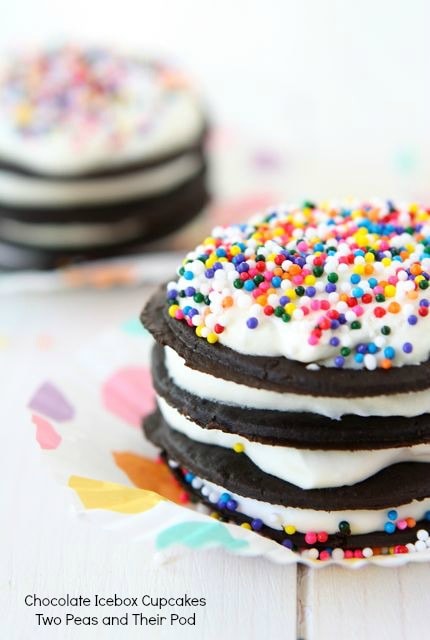 Icebox cake is a classic dessert, but I switched things up a bit by making Chocolate Icebox Cupcakes, instead of a large cake. This way Caleb could destroy his cupcake and our guests could still enjoy some dessert.

I added sprinkles to the top of the cupcakes for extra birthday fun. These cupcakes seriously are the easiest cupcakes EVER! 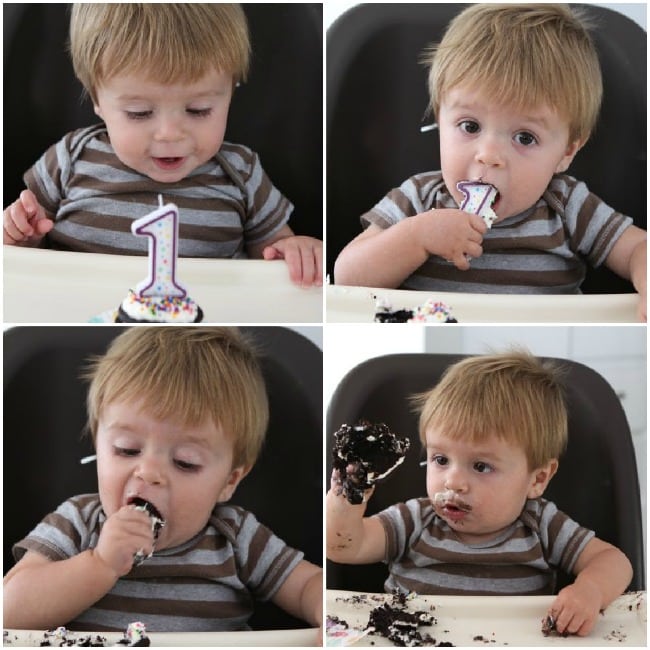 We haven’t given Caleb any sugar yet and didn’t really want him to eat his Chocolate Icebox Cupcake, but we sang to him and let him have at it. He stared at it for awhile and then looked at us. We gave him the ok, so he took off the big #1 candle. He licked it and then went in for the kill. He demolished his cute little cupcake. He really didn’t get much of the cupcake in his mouth though. Most of it ended up on the floor, on his face, and in his hands. First birthday success! 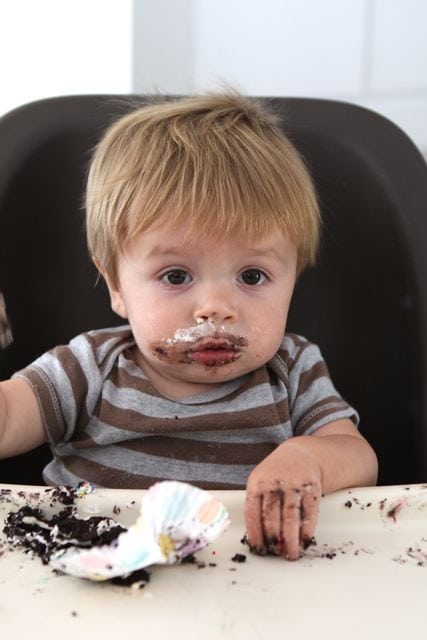 I love his Chocolate Icebox Cupcake mustache! What a cutie pie!

I am so glad I made Chocolate Icebox Cupcakes for Caleb’s first birthday. It was the perfect dessert to be destroyed. I didn’t even have to turn on the oven! So maybe I cheated, but I don’t think Caleb noticed:) He loved his cupcake and our guests enjoyed the cupcakes as well. It was a very happy first birthday! And thanks everyone for sending Caleb birthday wishes yesterday. He says thank you! He certainly is a lucky little guy.