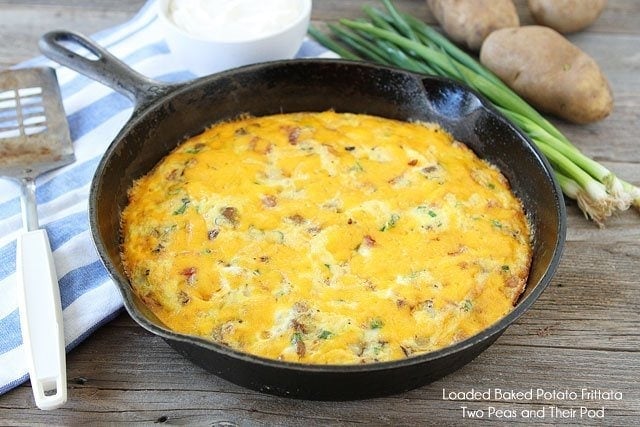 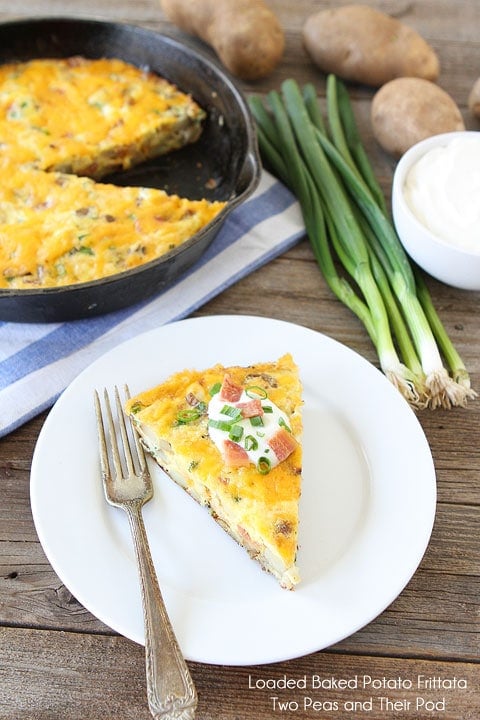 Easter is right around the corner and Josh created a Loaded Baked Potato Frittata that he insists you all make for Easter brunch. This frittata is just like a loaded baked potato but in frittata form. The frittata is filled with potatoes, cheese, bacon, and green onions. He also topped it off with a dollop of sour cream.

The bacon part sold you, huh? Bacon is not my cup of tea, but my boys love it. Caleb loves when daddy shares his precious bacon. 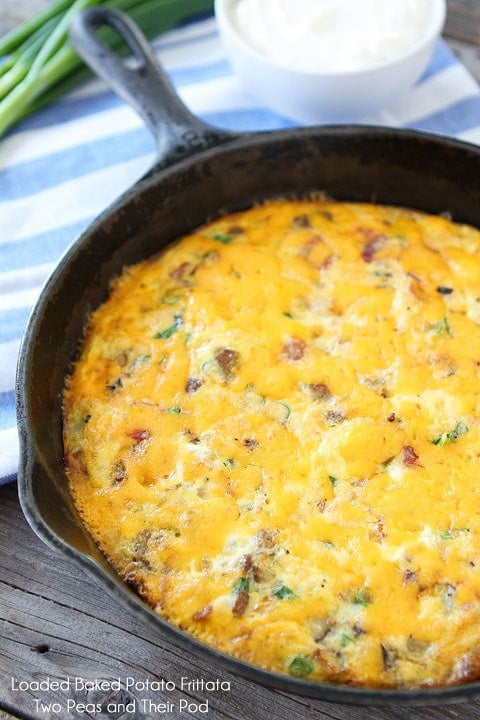 Josh loves a loaded baked potato. He says that is the only way to do it if it’s going to be a meal. He doesn’t want a wimpy baked potato. I love baked potatoes with cottage cheese and salsa. He thinks I am crazy. He won’t even try my kind of tater. He doesn’t know what he’s missing!

So when Josh suggested a Loaded Baked Potato Frittata, I cleared the kitchen and let him go to town. There is definitely nothing wimpy about this frittata. It is hearty, cheesy, and a crowd pleaser. 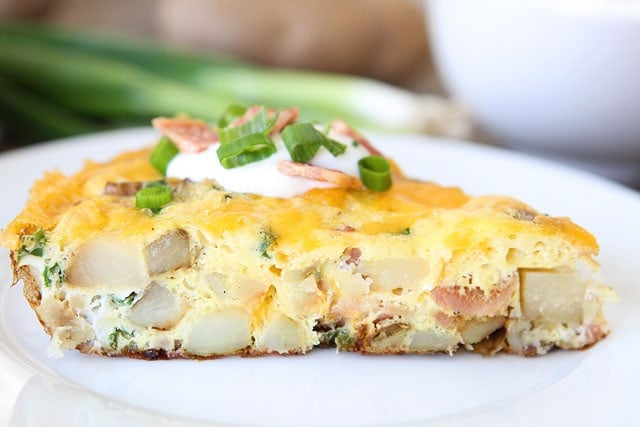 Josh left the skins on the potatoes because he wanted a rustic baked frittata, but if the potato skins bug you, go ahead and get out your peeler. Look at the big chunks of potatoes! Spud heaven! And don’t forget about the bacon in there. And there is cheese in the frittata AND on top! Josh wasn’t messing around! This really is the best Frittata recipe!

This Loaded Baked Potato Frittata is easy to make and won’t leave you hungry. Make a baked frittata for Easter brunch to share with your family and friends. And if you aren’t having brunch, no worries, this frittata also makes a killer dinner. You can’t go wrong with this recipe any time of the day! 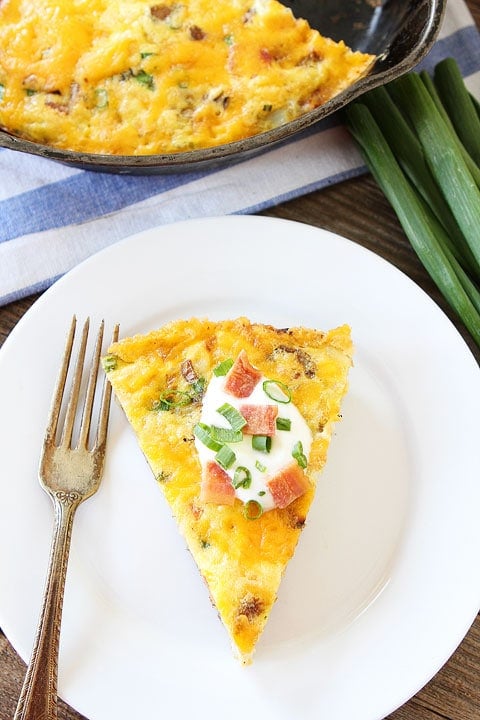 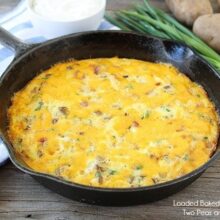