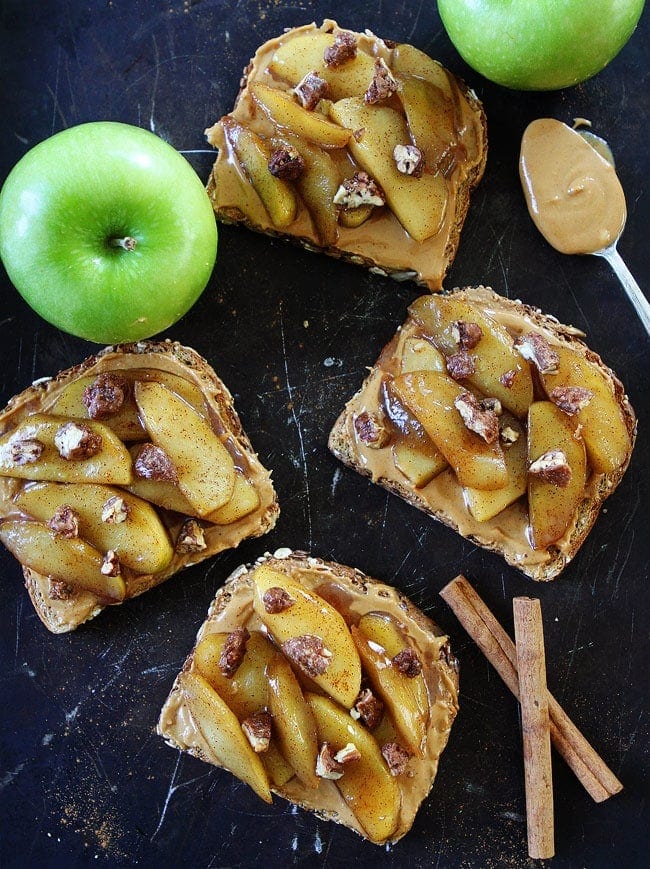 Yesterday was the first official day of fall. It is fall y’all! I don’t have a southern accent, but I just had to say that:) I am SO happy it is fall. It is my favorite season. Bring on the football games, changing leaves, crisp air, sweaters, jeans, and apples.

I eat an apple every single day, but I love them SO much more during the fall months when they are in season. You can’t beat a good apple, just ask your doctor:) I am currently getting my apple a day by enjoying Peanut Butter Toast with Skillet Cinnamon Apples. It is pretty much the best toast creation ever! 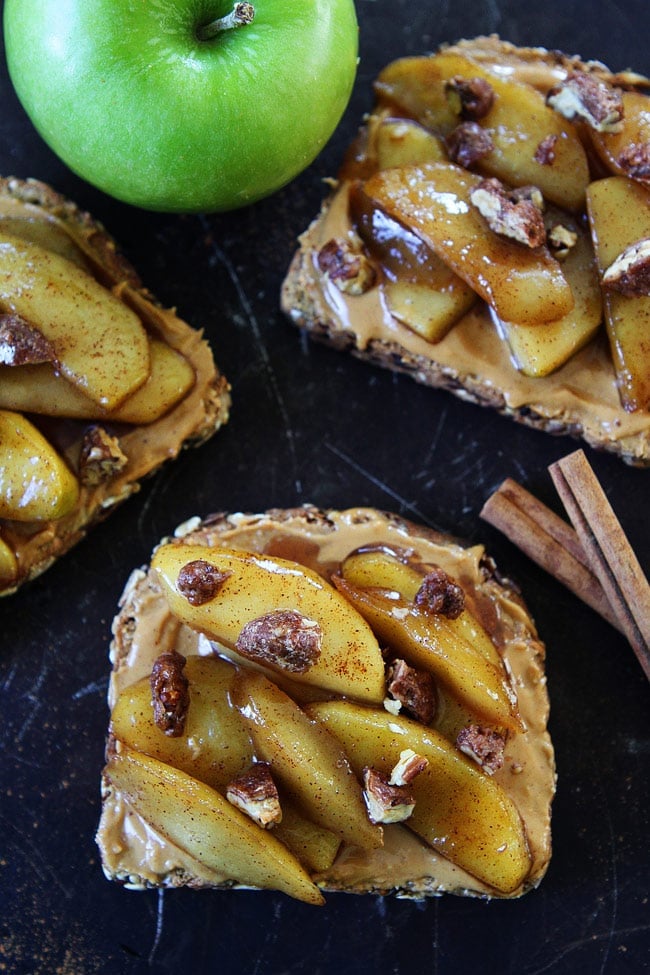 I love apples and peanut butter together. I also like peanut butter on toast. I decided to combine my two favorites into one AMAZING recipe. This Peanut Butter Toast with Skillet Cinnamon Apples is going to blow your mind. 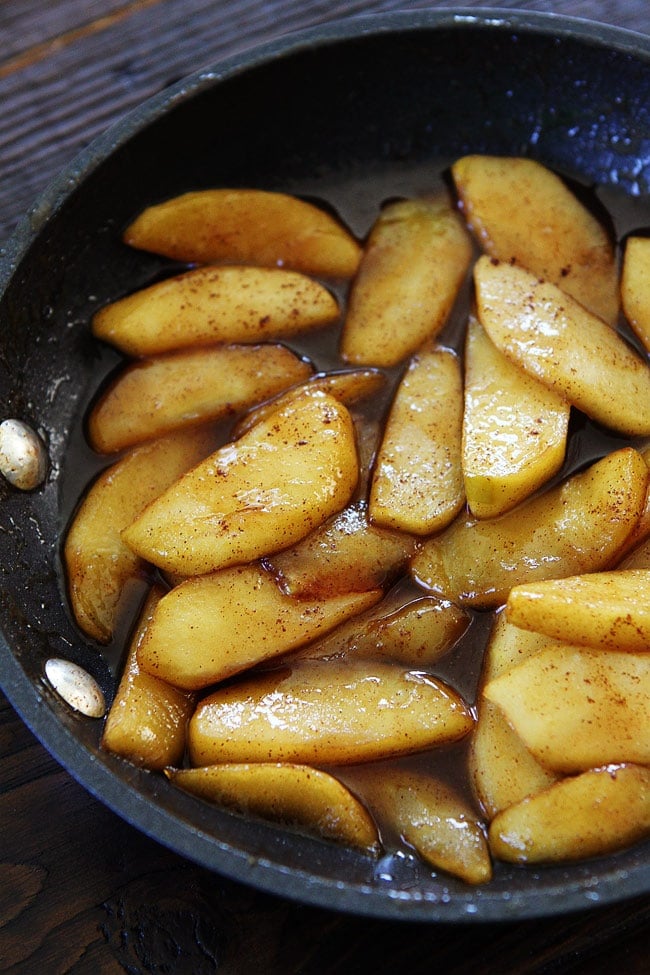 Skillet cinnamon apples are a MUST during the fall. They are easy to make and they make the house smell soooooo good! The apple cinnamon spice smell is better than any fall candle you can buy and you get to eat the apples. Winning!

The apple slices are cooked in butter, brown sugar, cinnamon, and a pinch of allspice. Mmmmm! 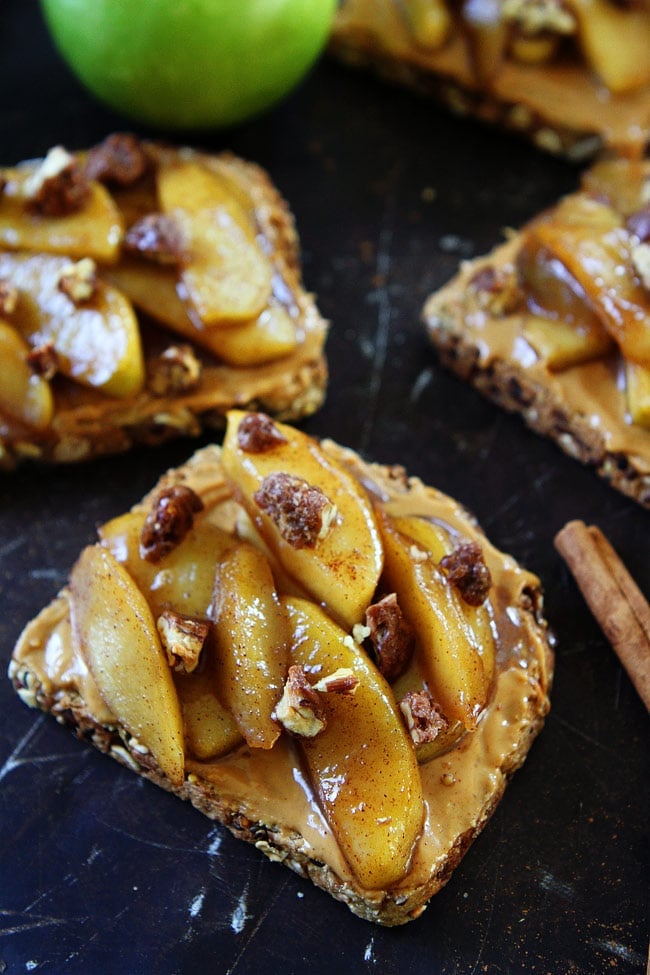 When the apples are tender, I toast up my favorite Dave’s Killer Bread. I like to use the Thin-Sliced 21 Whole Grains and Seeds bread. Each slice has 3 grams of fiber, 3 grams of protein, and only 60 calories. The bread is hearty and the perfect base for my special toast. 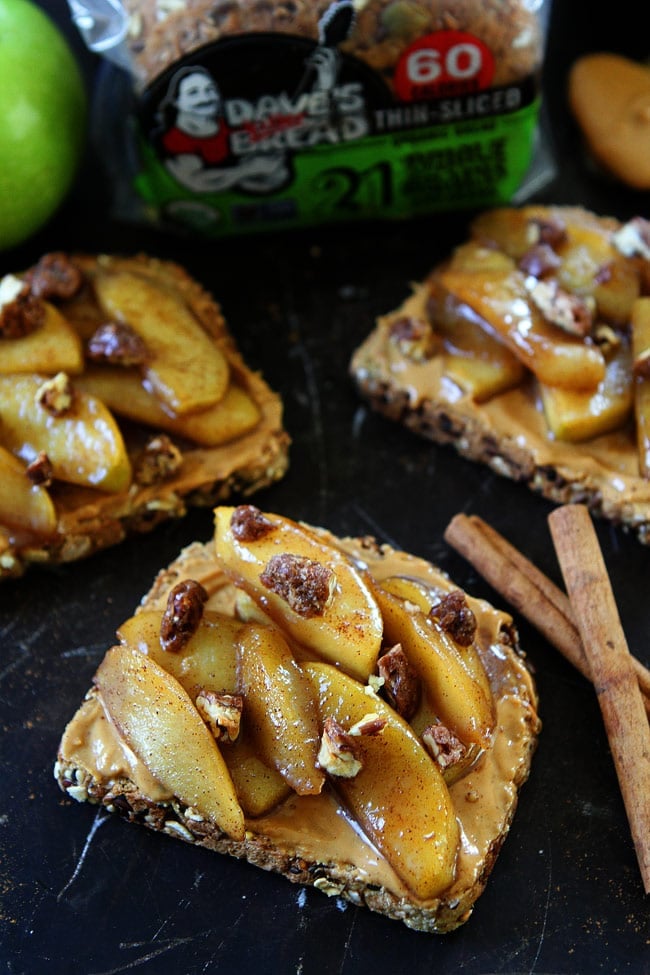 This Peanut Butter Toast with Skillet Cinnamon Apples is healthy and decadent all at the same time. It is the best of both worlds!

And did you know September is National Breakfast month? I think this toast is a great way to celebrate. Start your day with Peanut Butter Toast with Skillet Cinnamon Apples. And if you sleep in and miss breakfast, don’t worry, this toast makes a great snack or even dessert! It might even be good with a scoop of ice cream on top, kind of like apple pie. Hmmmm…I am trying that next time. Maybe even for breakfast:) 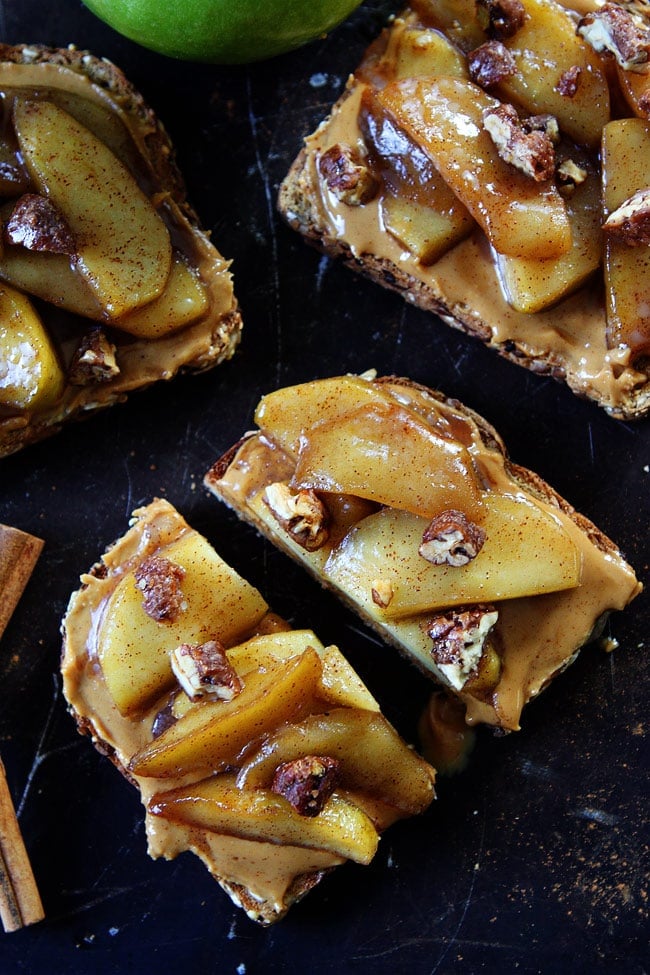 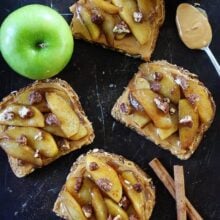