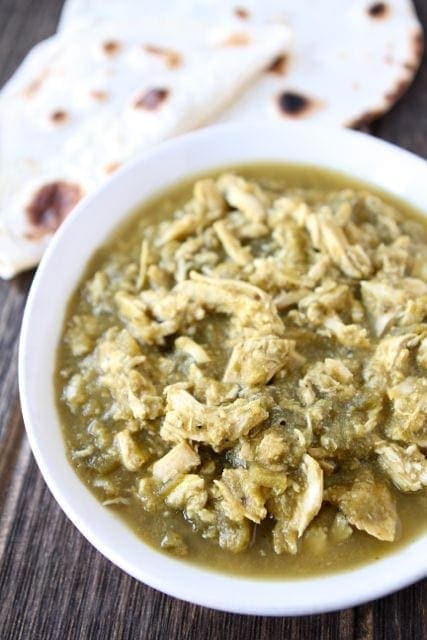 Chile Verde – my husband’s crock pot Chile Verde with chicken is delicious and easy to make – the slow cooker does all of the work!  Serve with tortilla, rice, and beans for a tasty meal! 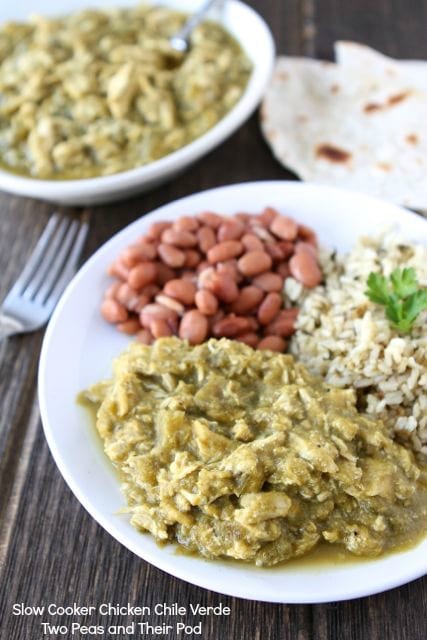 One of Josh’s favorite meals is chile verde, but he usually only makes it a couple of times a year because it takes awhile. He was in the mood for chile verde, but didn’t want to do the work, so he dusted off our slow cooker to make Slow Cooker Chicken Chile Verde.

Josh prepared everything in the morning so he could eat chile verde for dinner. He kept talking about his chicken chile verde recipe all day long. He was so excited for dinner time.

Josh usually makes chile verde with pork, but used chicken this time because he was in the mood for chicken and we had it in the fridge.

Josh roasted tomatillos and Anaheim peppers in the oven to bring out their flavor. He combined the roasted tomatillos and peppers in the blender with onion, garlic, cilantro, jalapeño, lime juice, and some spices to make the chile verde sauce. I tasted the sauce and it was soooo good! I wanted to eat the sauce with a bag of tortilla chips, but Josh was guarding the chile verde sauce with his life. He said it was for HIS recipe. 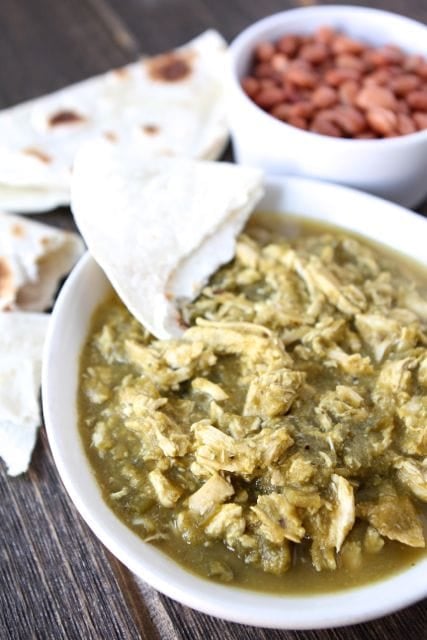 Josh didn’t take our slow cooker back to the basement because she said he is going to be making this recipe again and very soon. This Slow Cooker Chicken Chile Verde recipe makes a great weeknight meal. It is also great for serving a crowd. Josh is already talking about making it for Super Bowl Sunday! Give it a try!

The slow cooker does all of the work! Serve with tortilla, rice, and beans for a tasty meal!
4 from 2 votes
PrintSave RecipeReview