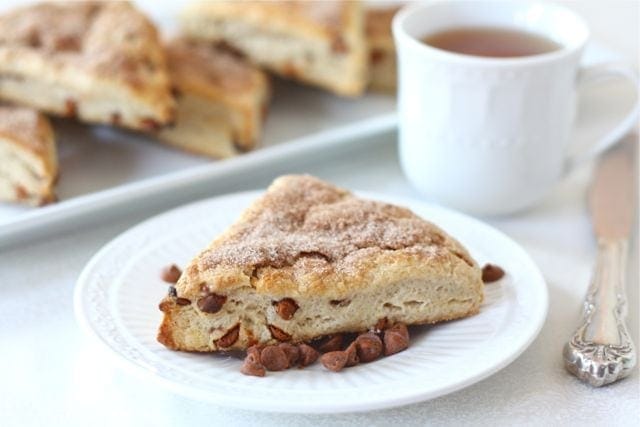 I am an organized person, but not when it comes to my photos. They are a disaster. iPhoto is overloaded with photos because I never organize them. I take way too many photos of food and Caleb and never delete or organize them. They are all backed up on a hard drive and I save the photos that go on the blog in folders, but I never delete the photos from iPhoto. So yesterday, I opened up iPhoto and was determined to sort through the madness and try to get organized. Instead, I spent hours looking at old photos and not organizing. I was having too much fun reminiscing:) I am glad I looked at my old photos, because I found photos of these Cinnamon Scones I made about a month ago and never shared the recipe. The photos got lost in the madness. I am so sorry because these Cinnamon Scones are incredibly delicious. You all need the recipe! 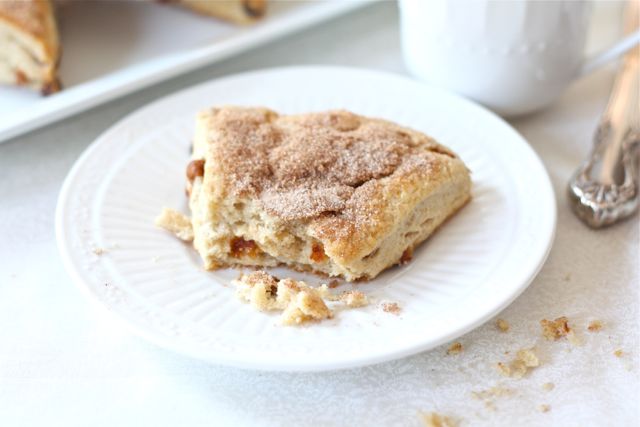 The scones are made with heavy cream, cinnamon, and cinnamon chips. I use Hershey’s Cinnamon Chips, I know they are hard to find sometimes, so if you can’t find them in a store near you, you can order them online on Amazon. You can also leave them out, but I really like the extra burst of cinnamon they add. I also brushed the tops of the scones with heavy cream and sprinkled them with cinnamon sugar. These scones remind me of a decadent version of cinnamon toast. They are soft, tender, sweet, and loaded with cinnamon goodness.

Start your weekend off right by making a batch of these Cinnamon Scones for breakfast. They are the perfect weekend breakfast treat. And sorry it took me so long to share the recipe. I am going to try and organize my photos over the weekend. I promise, I will do it this time:) Do any of you  have any photo organizing tips to share? Thanks! 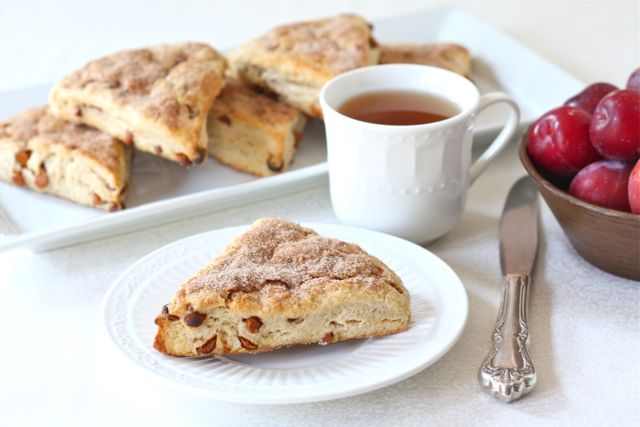 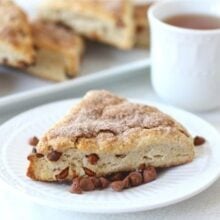 These Cinnamon Scones will remind you of a decadent version of cinnamon toast. The scones are sweet, tender, and full of cinnamon goodness!
PrintSave RecipeReview
Prep Time 10 mins
Total Time 25 mins 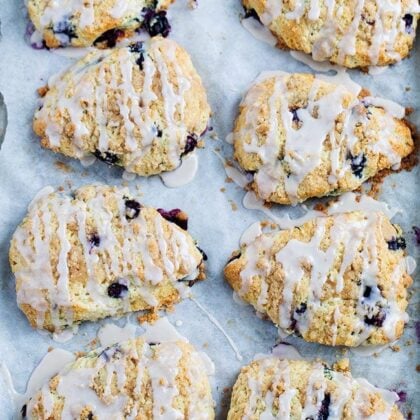 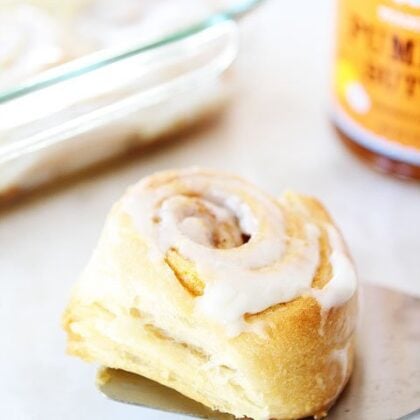 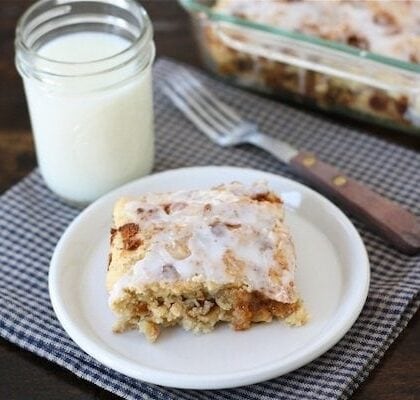 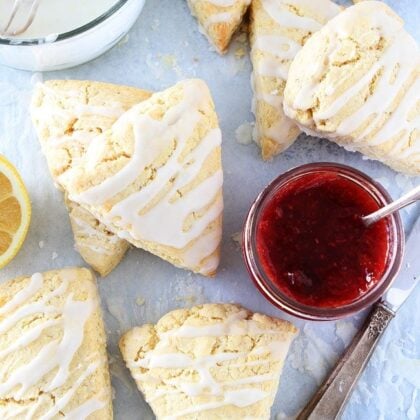