Chocolate Vegan Banana Bread – you will never know this chocolate banana bread is Gluten-Free and Vegan. It is SO rich, moist, and delicious!

This post is in partnership with Bob’s Red Mill

You guys, our original Chocolate Banana Bread is taking over the world! It is hands down the most popular recipe on our site right now. It’s going crazy on Pinterest, Facebook, and Instagram. Thank you to everyone who has shared your bread photos with us, left comments, and sent emails. You are obsessed with this banana bread and that makes me so so happy because it is my favorite too!

Well, we have gotten a ton of requests for a gluten-free and vegan chocolate banana bread so I put on my baking hat and came up with an EPIC Chocolate Vegan and Gluten Free Banana Bread recipe. You guys are going to love this one too!

I used my original chocolate banana bread recipe as my inspiration but made some tweaks to make it gluten-free and vegan. I don’t do a ton of gluten-free baking, so I decided to use Bob’s Red Mill Gluten-Free 1-to-1 Baking Flour as the base. I didn’t want to mess with mixing my own flours and why take the time when Bob’s Red Mill makes it super easy. You can use this flour as a direct replacement for all-purpose flour and the results are amazing! Cup4Cup gluten-free flour also works well in this recipe.

I used Dutch process cocoa in this recipe too because it is my favorite. It gives the bread such a rich and divine chocolate flavor.

You guys wanted chocolate vegan banana bread too so I mixed Bob’s Red Mill flaxseed meal with water instead of using an egg. Flaxseed meal is a great egg replacement and has Omega 3-fatty acids. Bonus!

To be honest, I was a little nervous about how this bread would turn out. My fingers were crossed while it was in the oven. After it cooled and I sliced into it, all of my worries went away. I could tell this bread was going to be a winner. It looked very similar to my original chocolate banana bread. It didn’t rise as much, but that didn’t affect the flavor or texture. I was sold after one bite! It is super rich, moist, and tastes like my favorite chocolate banana bread.

The bread tastes more like cake than bread…but that is not a bad thing. I topped a warm slice with vanilla Halo Top ice cream and was in dessert heaven. If you are vegan, you can use your favorite dairy-free frozen dessert.

I nailed it! You guys are going to fall in love with this chocolate vegan banana bread too!

The boys were anxiously waiting for me to finish taking pictures of the bread so they could have a taste. They had no clue it was gluten-free or vegan. They thought it was the best chocolate “cake” in the world! I also had a few of my gluten-free friends taste the bread for me and they gave it two big thumbs up.

I am telling you, this recipe is a winner! Bake up a loaf today and see for yourself:) And if you don’t need a gluten-free or vegan bread, you can try my original Chocolate Banana Bread recipe. Both are incredible! 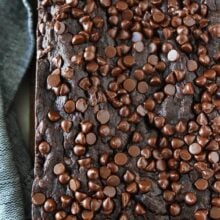 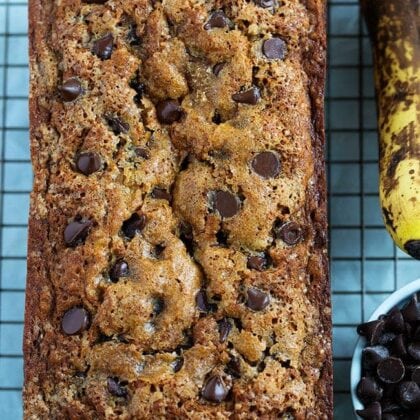 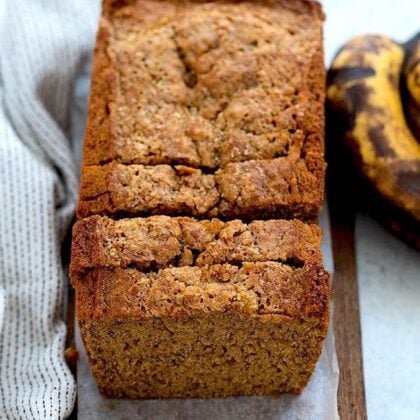 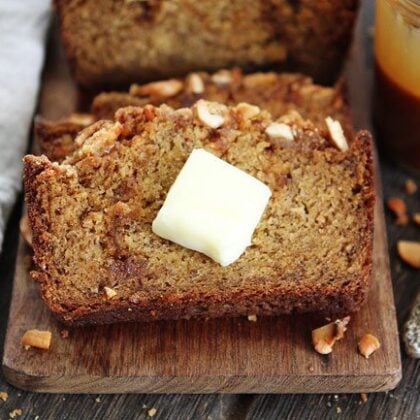 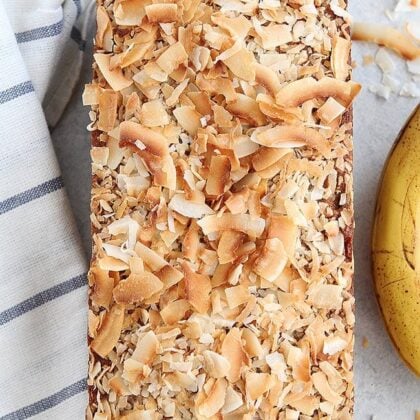 How to Make the Best Banana Bread