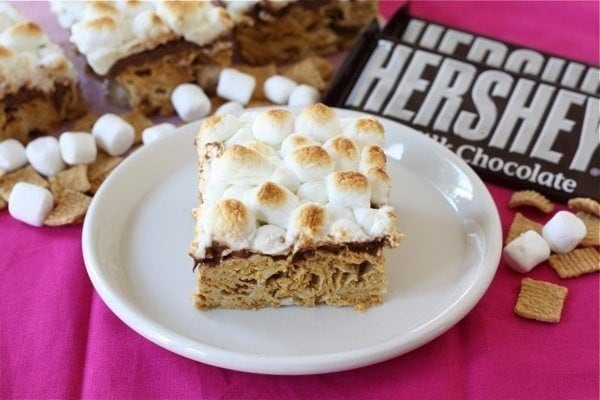 Josh loves the S’more Rice Krispie Squares that I make. The last time I made a batch he said he wanted to create his own S’mores treat. I told him to go right ahead. He went to the store and came home with a box of Golden Grahams cereal. I was curious what he was going to do with them. I sat in the kitchen and watched while he made Golden Grahams S’mores Bars. 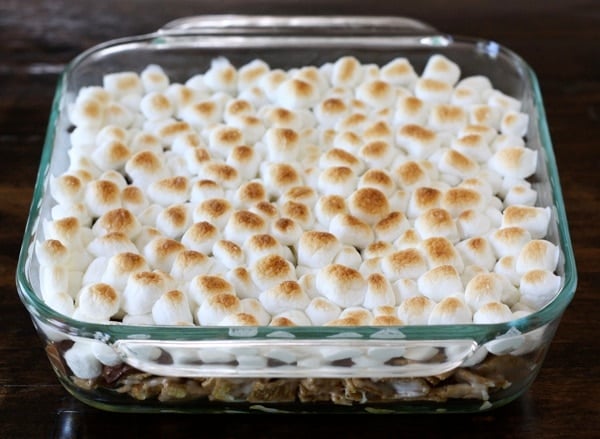 He started by melting butter and marshmallows together on the stove. Next, he added the Golden Grahams-so similar to making Rice Krispie treats. He pressed the mixture in a pan and got out a package of Hershey’s chocolate candy bars. He pressed the candy bars on top of the Golden Graham treats. Finally, he sprinkled mini marshmallows on top of the chocolate bars and put the entire pan under the broiler for a few minutes. The marshmallows got nice and toasty! 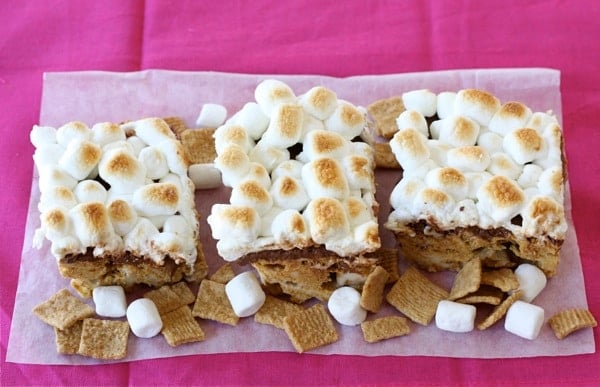 He let the bars cool and then cut them into big squares. He brought me one to sample and I was impressed. The bars were delicious and tasted exactly like S’mores. I loved the Golden Graham cereal base with the layer of Hershey’s chocolate and marshmallow topping. We took these bars to a picnic and all of our friend’s loved them. Way to go Josh!

If you are looking for a new way to enjoy S’mores give these Golden Grahams S’mores Bars a try!

And good news-our Mac is back and working like a dream! Thanks for all of your concern:) Apple is the best and had our computer back to us in no time! I am so glad! 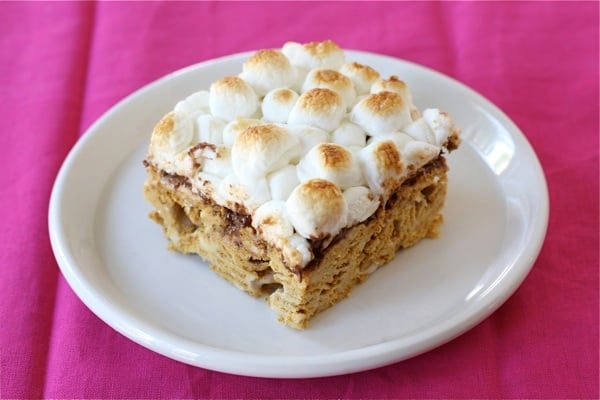 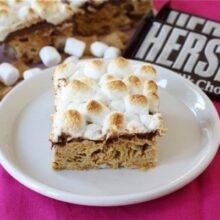