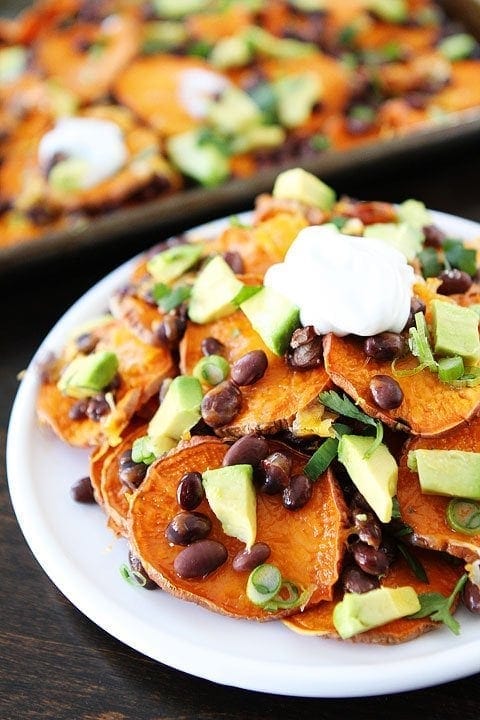 I have been on a major sweet potato kick. I have been making Baked Sweet Potato Fries almost every single day for lunch. I eat them hot off the pan. Who needs a plate?

Over the weekend, we were watching football and Josh suggested we make nachos. Nachos sounded good, but not the chip part. I wanted my pan of sweet potatoes for lunch. I had the most brilliant idea ever. I told Josh to make Sweet Potato Nachos! Since I am pregnant and because Josh loves me, he went along with my idea and made a big pan of Loaded Sweet Potato Nachos! 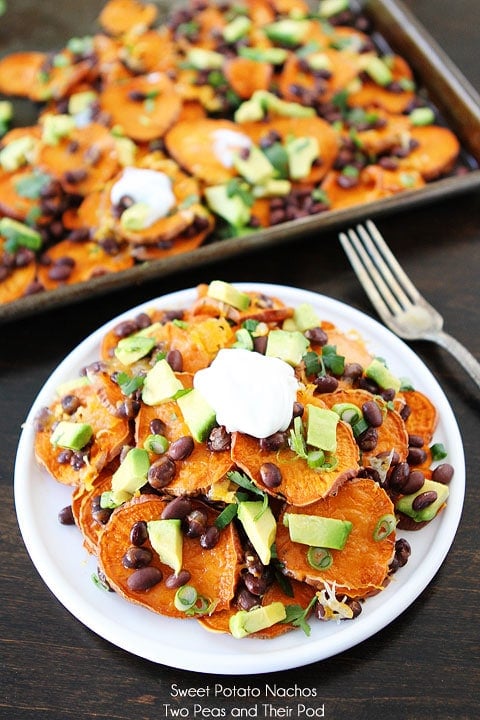 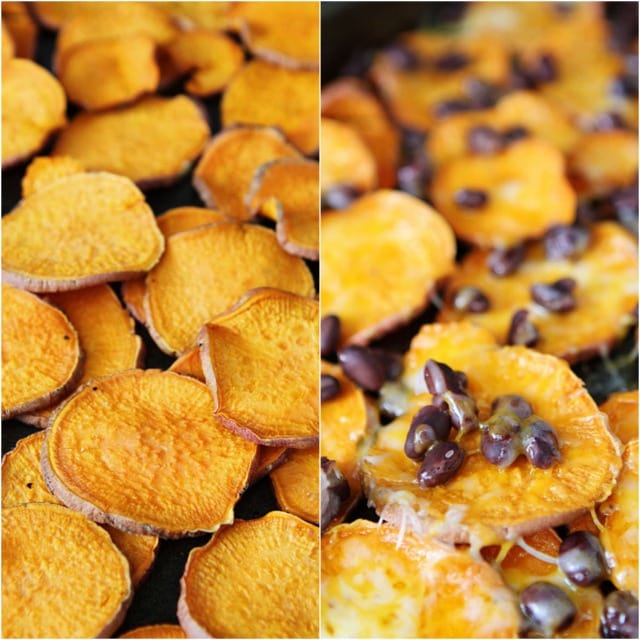 Josh roasted the chips until they were crispy. He pulled the pan out of the oven and smothered them with cheese and black beans. He put the pan back in the oven so the cheese could melt. 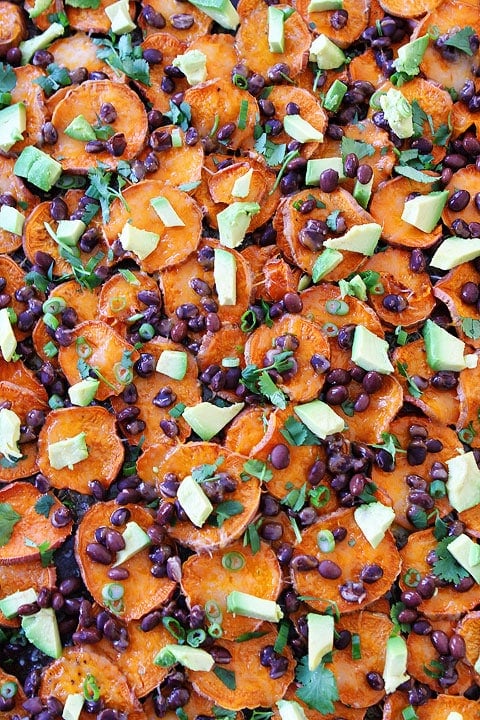 He topped the cheesy sweet potato nachos with green onions, cilantro, avocado, and sour cream. He wanted to add jalapeño slices, but I put my foot down…and since I am pregnant, I get my way:) I didn’t want to have heartburn for the rest of the day! If you don’t have to worry about heartburn, I am sure jalapeño would be a nice addition!

Loaded Sweet Potato Nachos are my kind of nachos. They were everything I hoped for and MORE! I am obsessed! I want to eat them for every meal!

If you are looking for a killer Super Bowl snack, make Loaded Sweet Potato Nachos! They are perfect for game day…or any day. I can’t wait until the big game to make them again! I might make them every day until Super Bowl Sunday. I just hope I don’t turn orange! 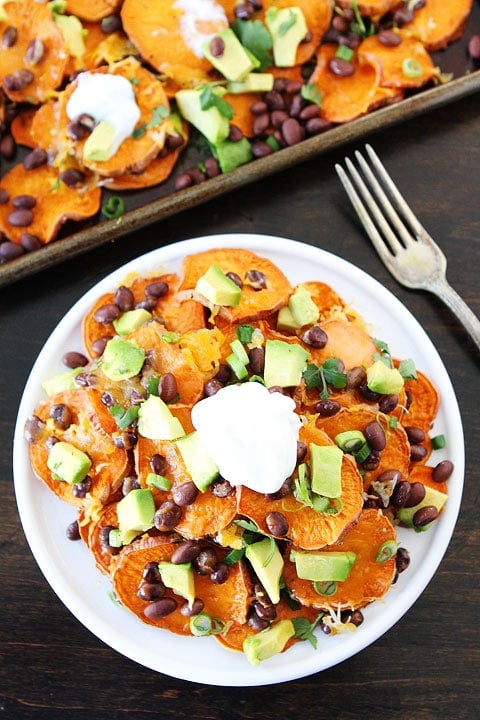 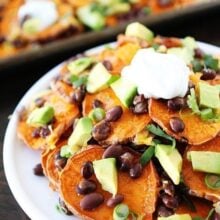