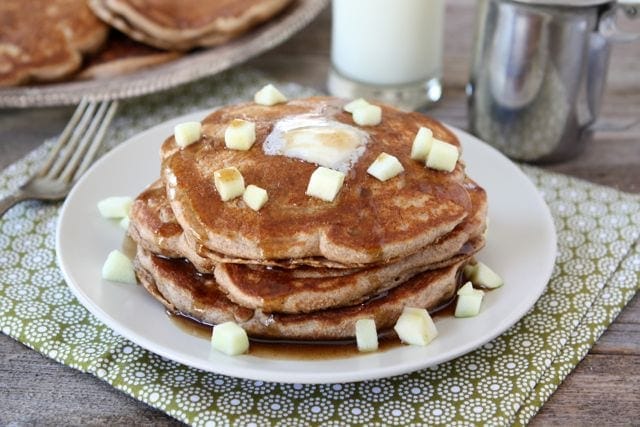 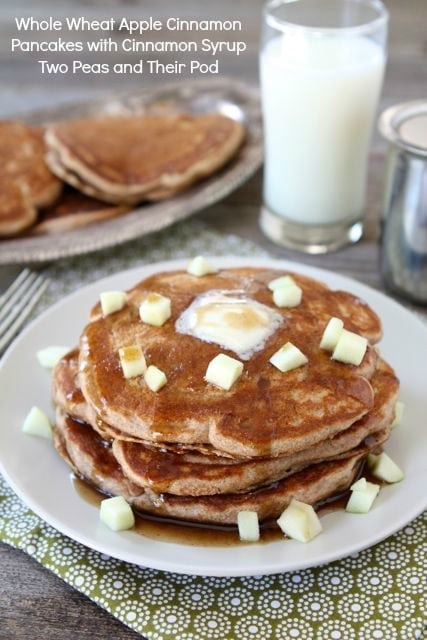 Whole Wheat Apple Cinnamon Pancakes with Cinnamon Syrup are the only reason I wanted to get out of bed on Sunday morning. It was chilly and getting out from under the covers didn’t sound like fun…at all. But when Josh suggested pancakes for breakfast, I threw off the covers, pulled on a sweatshirt, and raced Josh to the kitchen to start cooking. Josh offered to make the pancakes for me so I could stay in bed, but I didn’t want to miss out on all of the kitchen fun! 🙂 I love making and eating pancakes, especially these Whole Wheat Apple Cinnamon Pancakes. 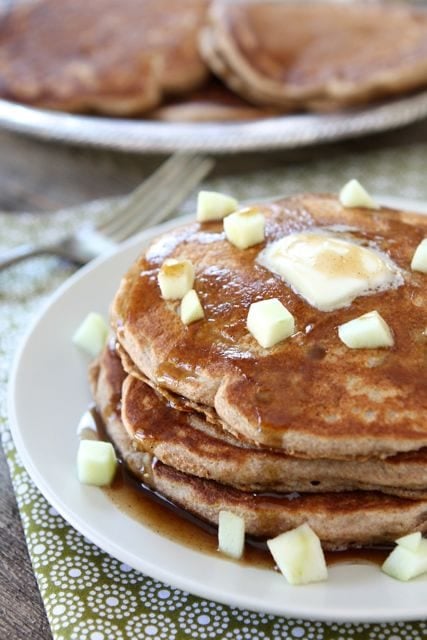 Josh started measuring out the dry ingredients while I worked on the liquid ingredients. We combined everything in a large bowl to make the pancake batter. I love that these pancakes are made with Gold Medal whole wheat flour, brown sugar, cinnamon, allspice, buttermilk, and vanilla. Hello fall! 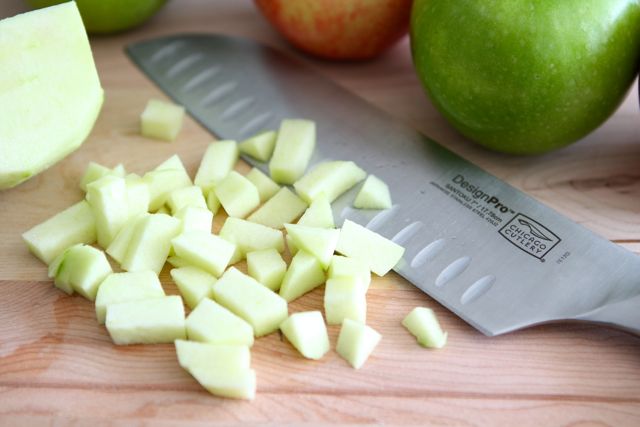 I also chopped up some apples to throw into the pancake batter. The apples are the perfect addition to these fall pancakes. I used Granny Smith and Gala apples because that is what we had on hand. Feel free to chop up any old apple you want! Honeycrisp apples are so good in these pancakes because they are the best in general! I just love them. Too bad I ate all of our Honeycrisp apples before we made pancakes. Oops!

Josh brought a big stack of whole wheat cinnamon Pancakes to the table and I carried over the cinnamon syrup and butter. You don’t need the butter, but go ahead and treat yourself. They are whole wheat pancakes after all:) I also sprinkled a few of the leftover chopped apples on top of the pancakes for fun. We put Caleb in his high chair, turned on some soothing Sunday tunes, and enjoyed our special breakfast.

The pancakes are hearty with a hint of sweet cinnamon and tart juicy apple chunks. The cinnamon syrup really brings out the cinnamon flavor and is the perfect finishing touch to these delectable pancakes.

Start your morning with a stack of Whole Wheat Apple Cinnamon Pancakes with Cinnamon Syrup. I promise they are worth getting out of bed for-even on a chilly fall morning! 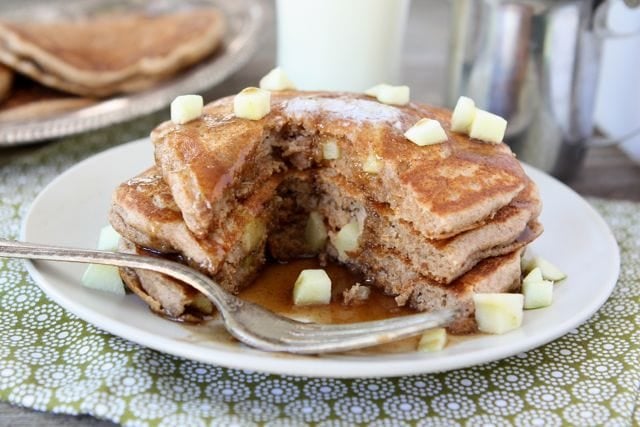 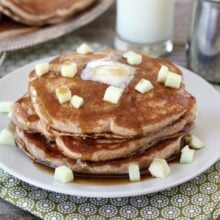 For the Cinnamon Syrup: