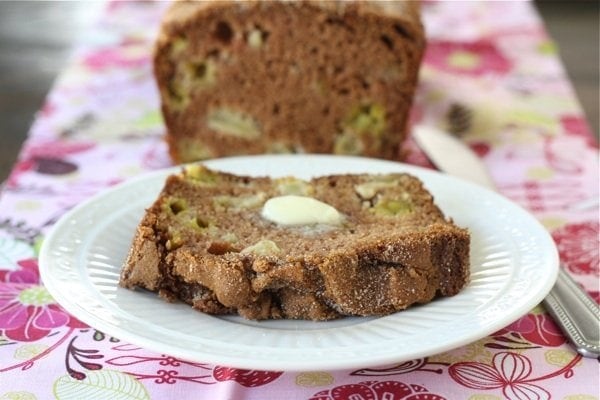 We have four rhubarb plants and I was worried they wouldn’t survive all of the snow we received in April. Yesterday I went outside to inspect our plants and was pleasantly surprised. They are still going strong. One rhubarb plant is flourishing with red stalks already. I was so excited! I picked a few stalks and made Rhubarb Apple Bread. 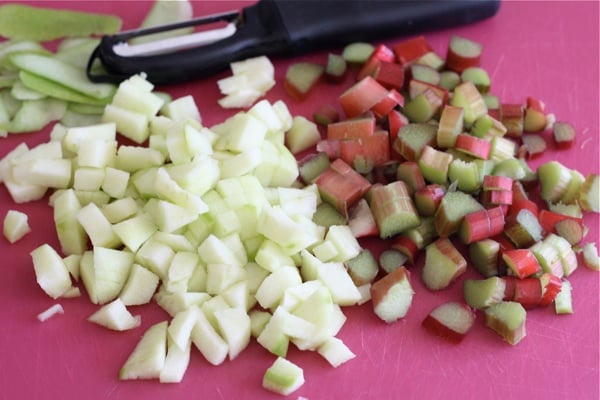 I chopped up the rhubarb stalks and an apple to go into my quick bread. I added cinnamon and a pinch of all spice to the batter. I was trying to keep the loaf somewhat healthy, so I used applesauce and canola oil instead of butter. Josh loves cinnamon and sugar, so I added a cinnamon sugar topping for my love. 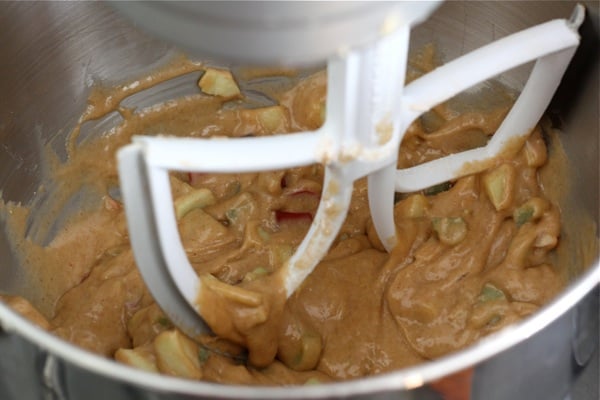 The loaf smelled heavenly while baking. I couldn’t wait to enjoy a slice. The rhubarb and apple keep the loaf moist and add a nice tart flavor. The cinnamon sugar topping balances out the tartness. This loaf has the perfect tart to sweet balance. 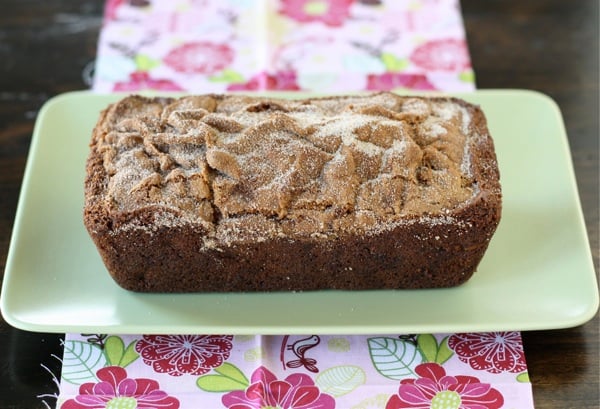 Rhubarb apple bread is great for breakfast, an afternoon snack, or even dessert. 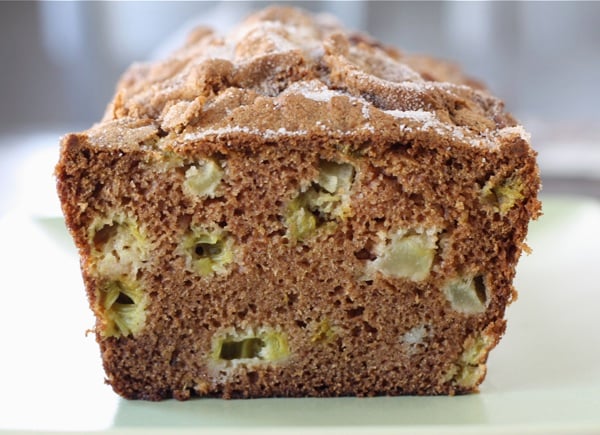 This quick bread would also be a great addition to your Mother’s Day brunch menu. Don’t ask mom to make it though-she deserves a break:) I promise this rhubarb apple bread is easy to make, anyone can do it! 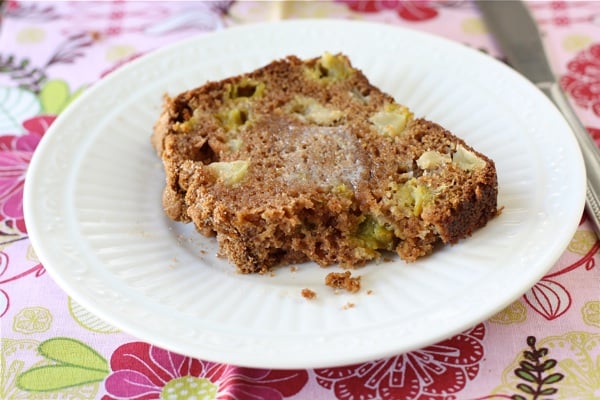 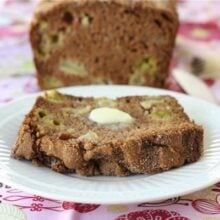