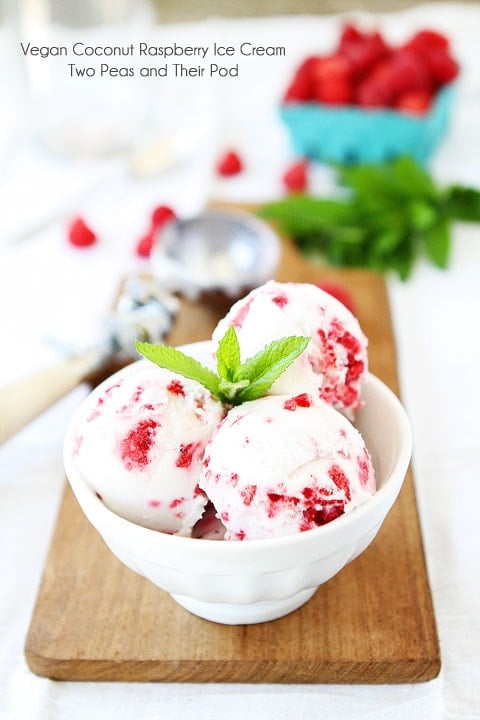 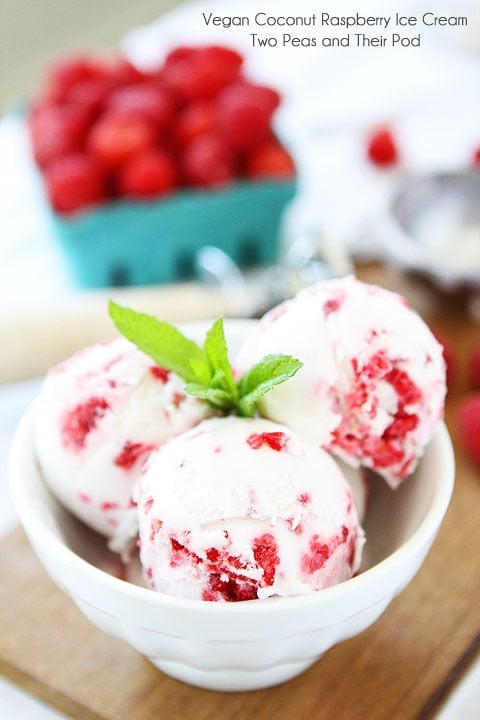 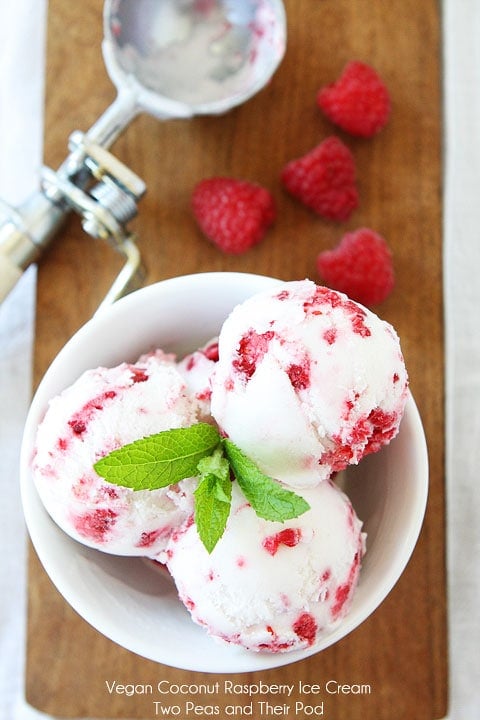 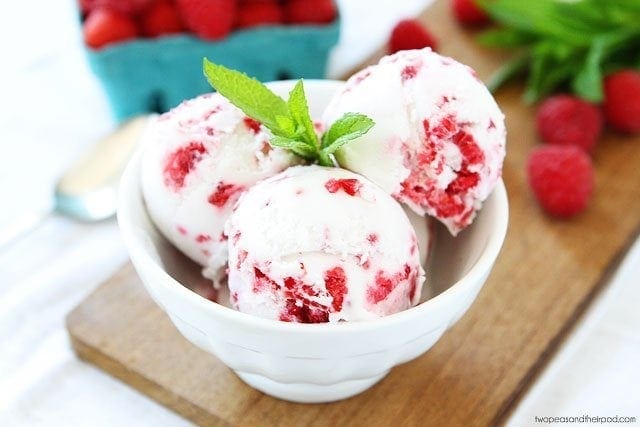 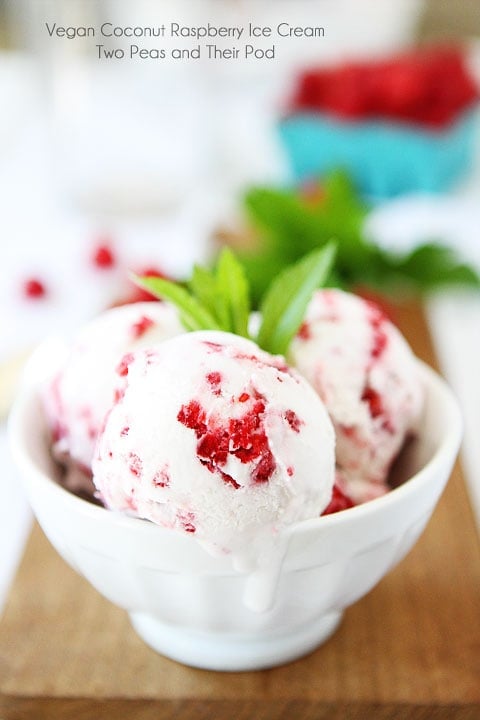 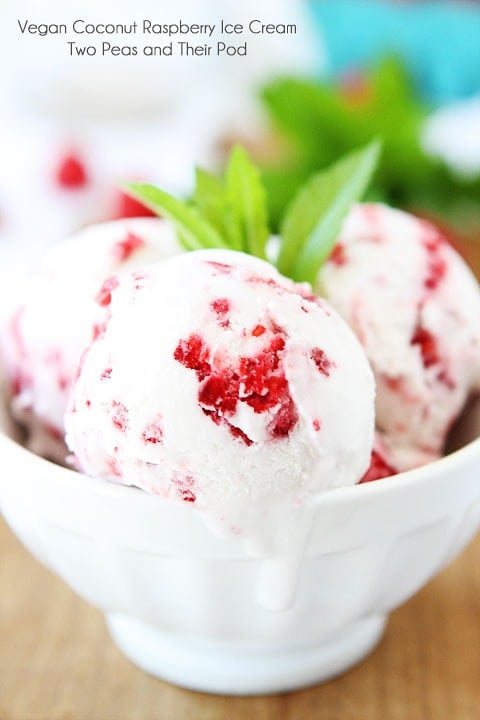 Ice cream made with coconut milk, sugar, vanilla, and raspberries. You only need 4 ingredients to make this creamy and dreamy vegan ice cream!
4 from 1 vote 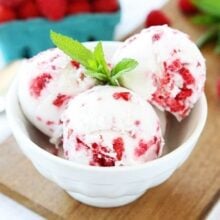 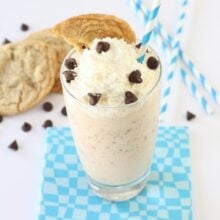 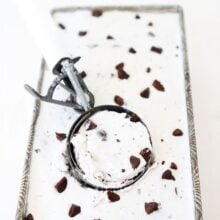 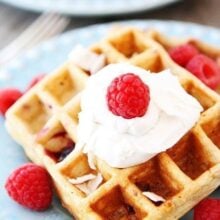 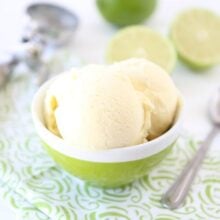