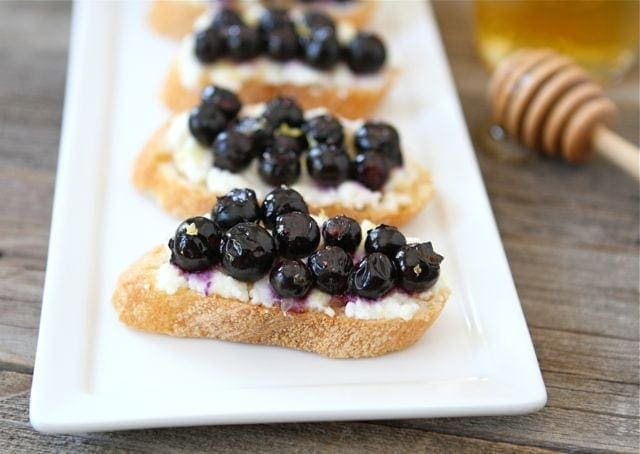 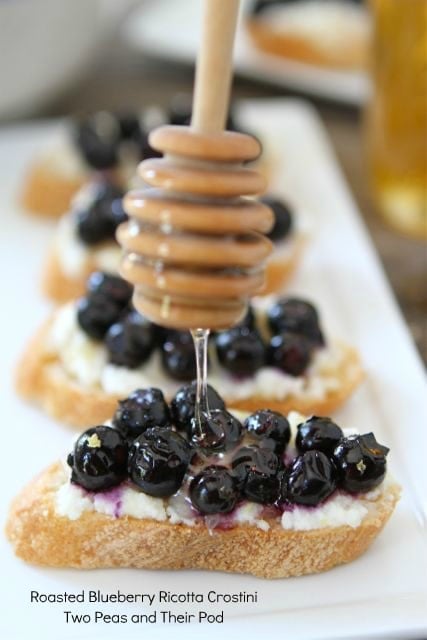 The Opening Ceremony to the London 2012 Summer Olympic Games is tonight! Who is excited? We are! We love watching the Olympic Games. We are going to be glued to our television for the next couple of weeks. Go Team USA!

If you are having an Olympic Opening Ceremony party tonight, we have the perfect appetizer for you-Roasted Blueberry Ricotta Crostini. And if you aren’t having a party and are watching by yourself, you can still make this crostini recipe. A party for one is always fun too, especially when good food is involved! 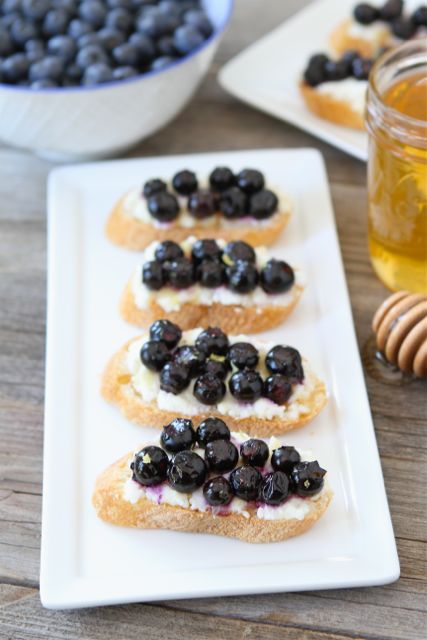 I know I have been a little blueberry crazy lately, but I can’t help myself. They are SO good right now!

For this appetizer, I roasted the blueberries. I tossed them with a little lemon juice and honey and roasted them until they were almost ready to pop. I spread creamy lemon ricotta cheese on toasted baguette slices and spooned the roasted blueberries on top. I added a thick drizzle of honey to each crostini and placed them on a platter.

The roasted blueberries are amazing! They are full of flavor and burst in your mouth. They go perfectly with the creamy lemon ricotta and the honey adds the perfect amount of sweetness. This Roasted Blueberry Ricotta Crostini is simple to make and is a great appetizer for any party. I’ve also enjoyed it for breakfast, it really is good any time of the day.

If you are looking for other Olympic friendly foods, here are a few fun red, white, and blue recipes you can make while watching the Summer Games:

An easy, but elegant appetizer that is perfect for any party! 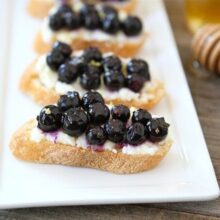 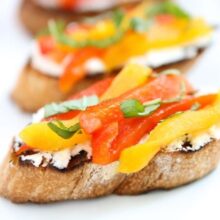 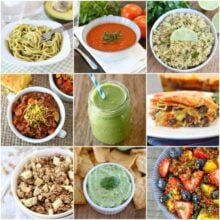 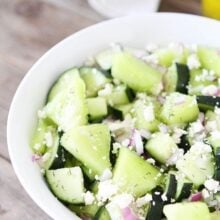 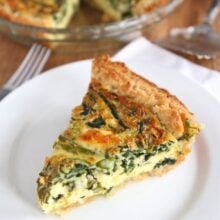