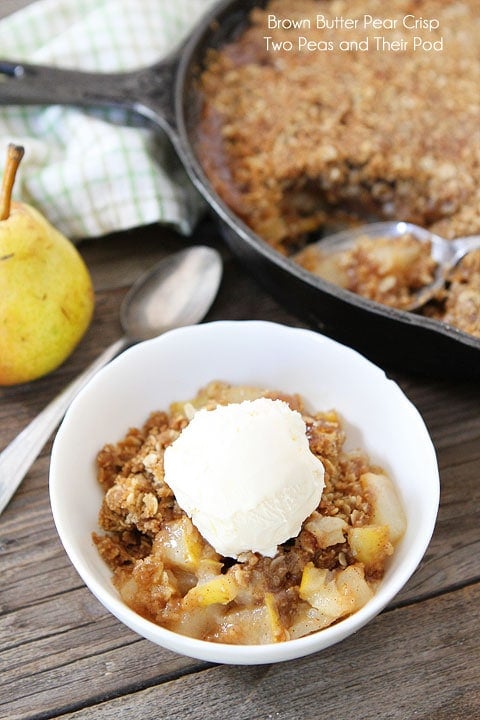 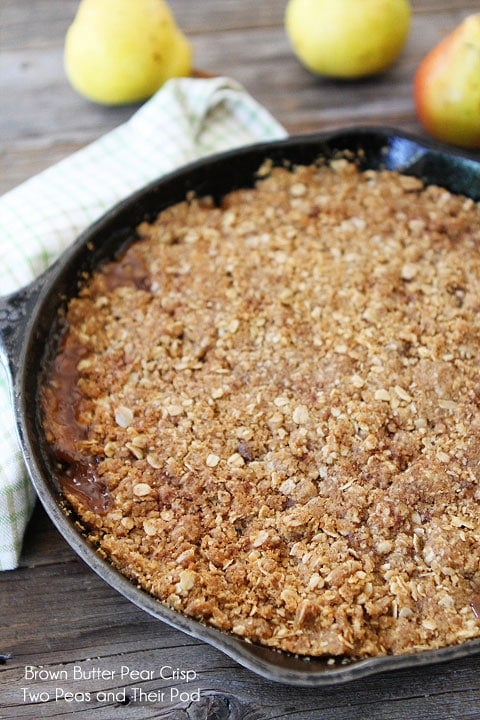 We have pears coming out our ears. Ok, they aren’t really coming out our ears, but they are taking up my precious counter space. I made a few batches of Easy Pear Sauce, but that barely made a dent in our pear supply. So I made dessert, Brown Butter Pear Crisp to be exact. The pears made me do it! 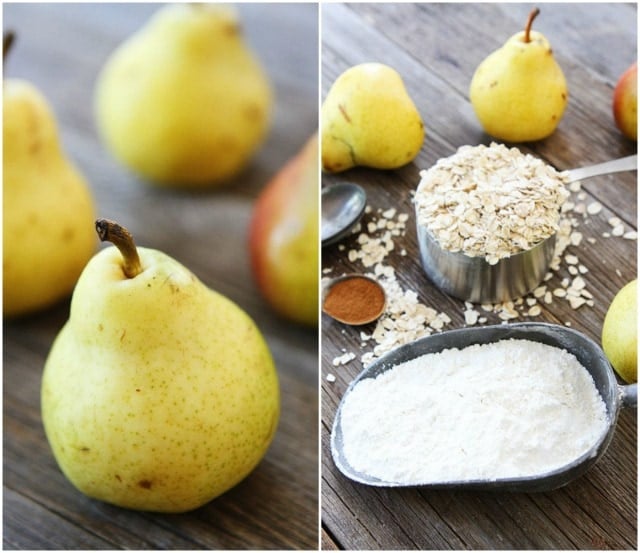 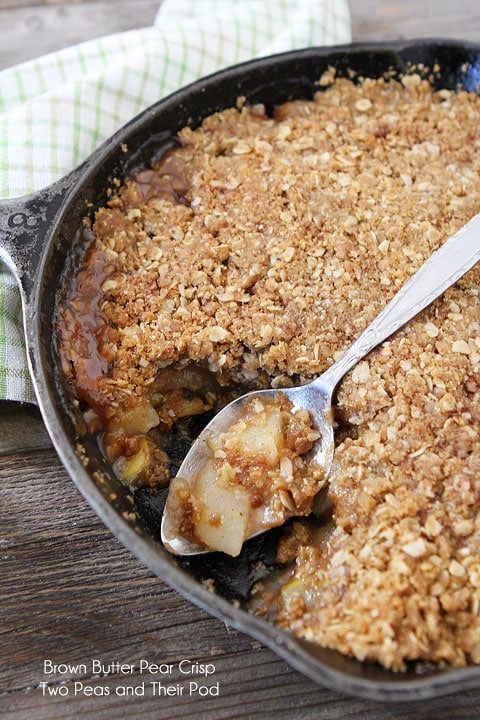 Next, I added the glorious brown butter topping! Go ahead, you can oooh and awww! This brown butter oat topping deserves it! It’s fabulous! 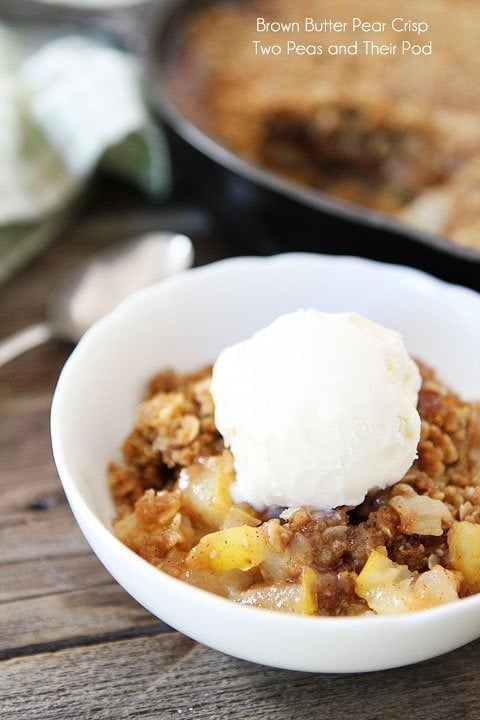 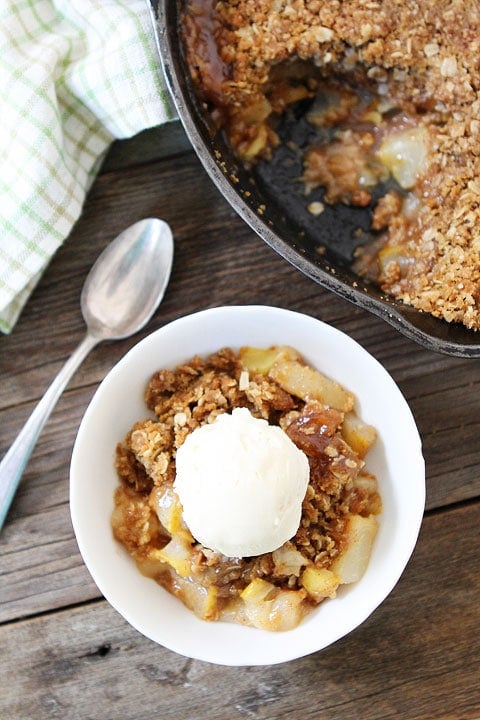 I baked until bubbly and paced back and forth until it was cool enough to eat. The brown butter cinnamon pear smell was driving me crazy! I was tempted to dive right into the bubbling crisp, but I didn’t want to burn off my tastebuds. I’ve learned my lesson in my old age:) I wanted to make sure I could taste every single bite of this dessert!

When the crisp was cool enough to eat, I scooped a healthy portion into a bowl and topped it with vanilla ice cream. I enjoyed every single bite! And I may have enjoyed a second helping for breakfast the next day:) And if you want to go all out, you can add Salted Caramel Sauce too. It’s always a good idea!

I hope you will join me in my brown butter obsession by making Brown Butter Pear Crisp. It is the perfect dessert for fall! 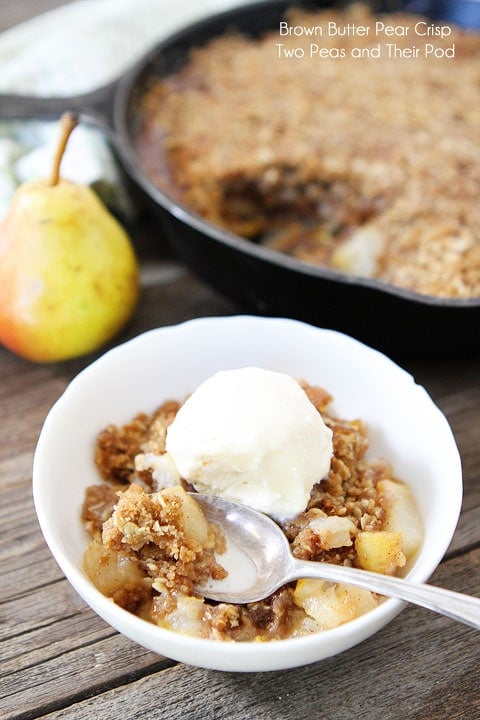 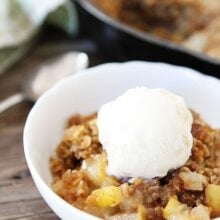 For the Pear Filling:

For the Brown Butter Crisp Topping:

How to Make the Best Banana Bread