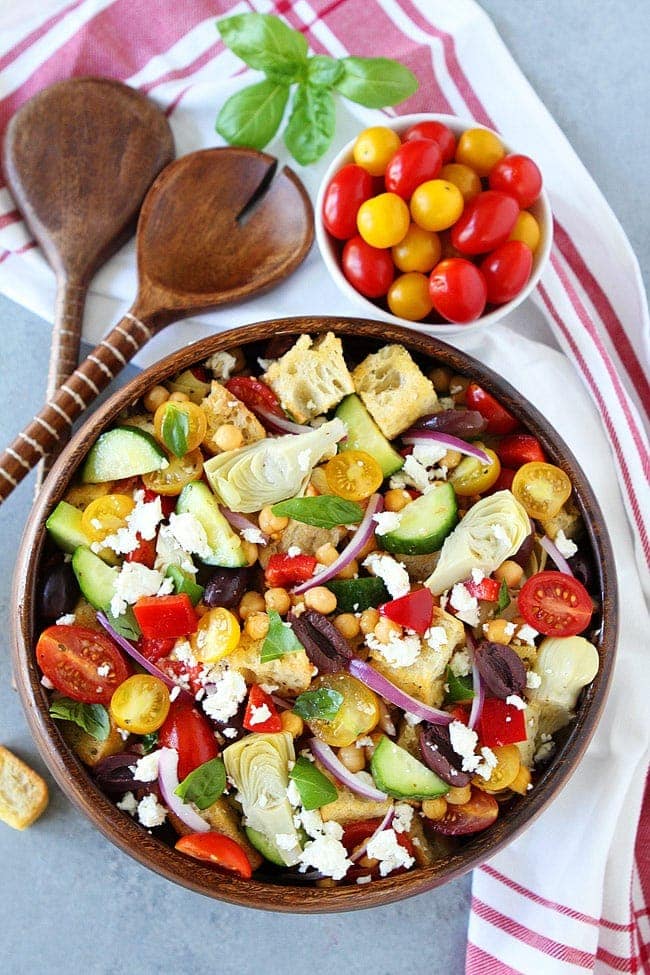 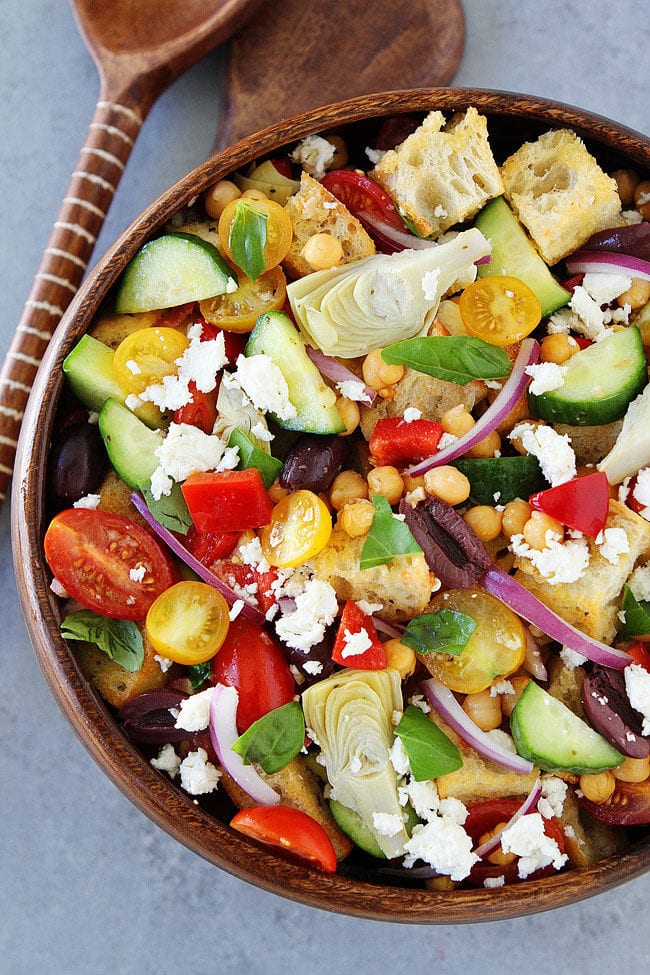 We have been eating salads every single day this summer. We can’t get enough. The only problem? Our boys aren’t crazy about salads yet. They call salad “mommy food.” Josh eats lots of salad too, but for some reason, they associate salads with mommy:)

Anyways, last week I made a Greek Panzanella Salad that they loved. At first, they were hesitant because it was a salad, but after one bite, they were ALL in. They couldn’t believe I made a BREAD salad. They said it was the best salad ever:) 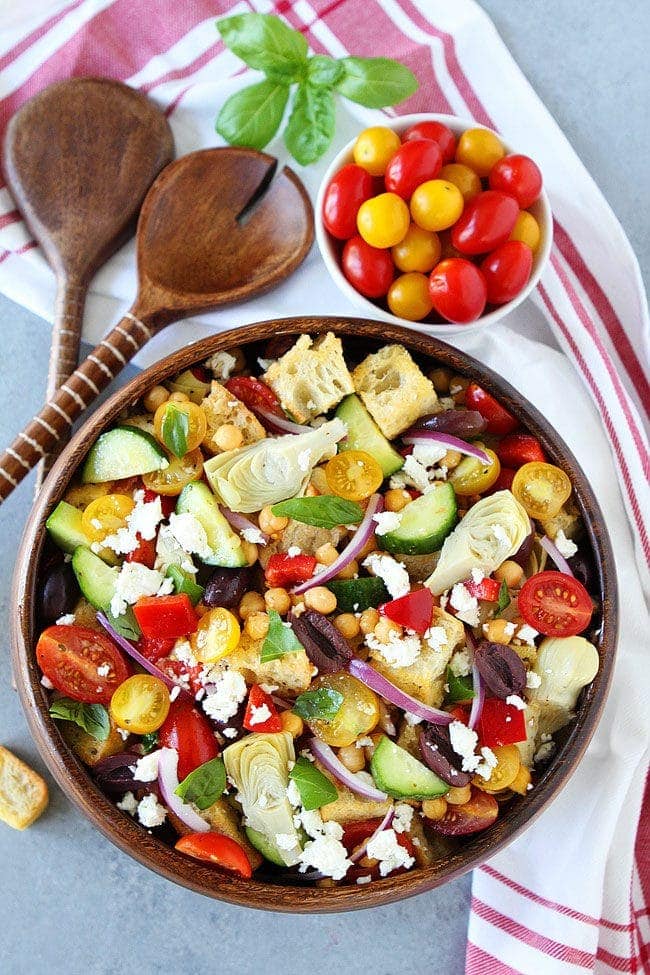 I have to agree with them, this bread salad is pretty awesome. I mean, come on, a salad that starts with toasted bread cubes HAS to be good. But wait, it gets even better because this panzanella salad is also loaded with Greek flavors and you all know I am a sucker for Greek everything. 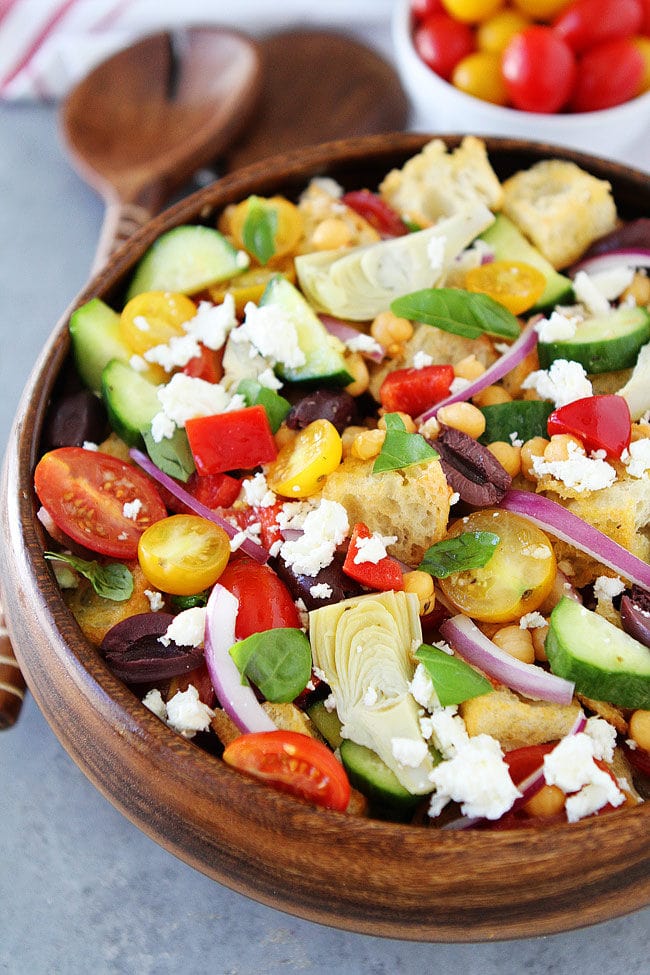 The traditional panzanella salad is Italian, but I LOVE this Greek version. This crusty bread salad is made with:

Oh, and a rocking Greek salad dressing that is so easy to make! Toss everything together in one giant bowl and you are in salad heaven. You won’t miss the greens, just ask my boys:) Hey, don’t worry, there are still plenty of vegetables involved! 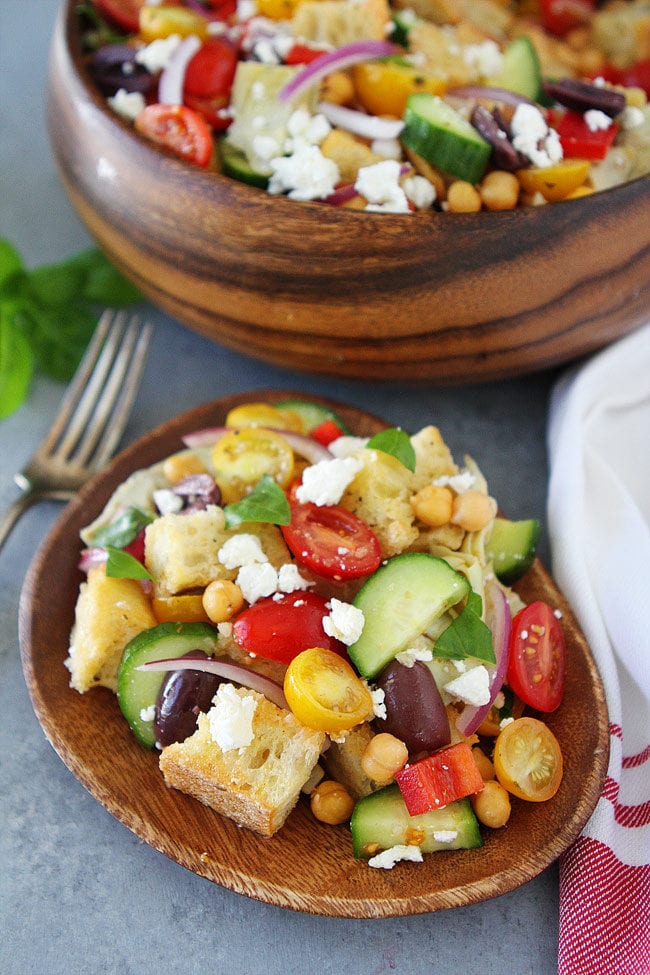 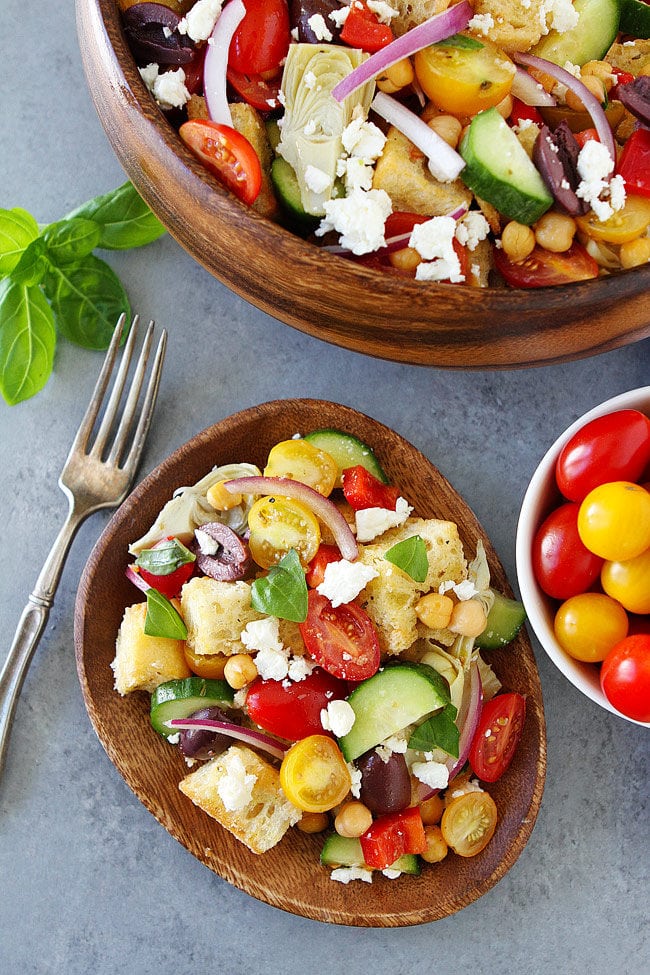 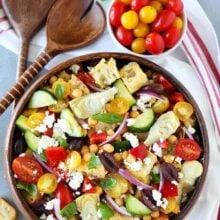