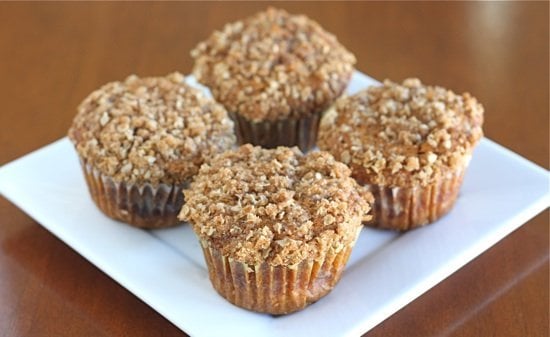 We can’t get enough pumpkin this fall. We started with pumpkin Nutella bread, it didn’t last long so we followed it up with pumpkin chocolate chip bread. My craving still wasn’t fulfilled, so I made a batch of pumpkin granola. I was unpacking our kitchen and came across several cans of pumpkin-I stocked up in case there was a shortage again. My pumpkin craving suddenly came back, so I baked pumpkin cinnamon streusel muffins.

My favorite spice is cinnamon-I can’t get enough. Pumpkin and cinnamon go perfectly together, so I added a special cinnamon brown sugar filling to the middle of these pumpkin muffins. I also added a cinnamon streusel on top. See, I told you I like cinnamon:) These pumpkin cinnamon streusel muffins are the perfect fall morning muffin. Enjoy! 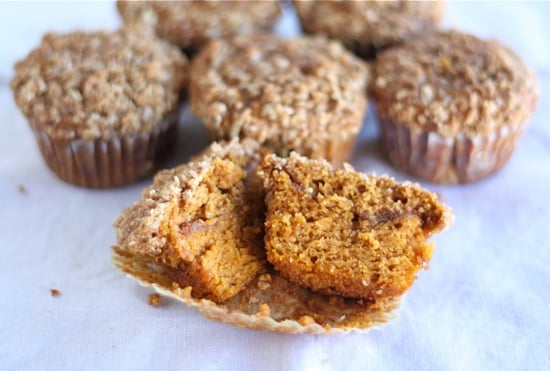 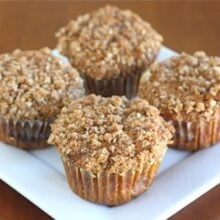