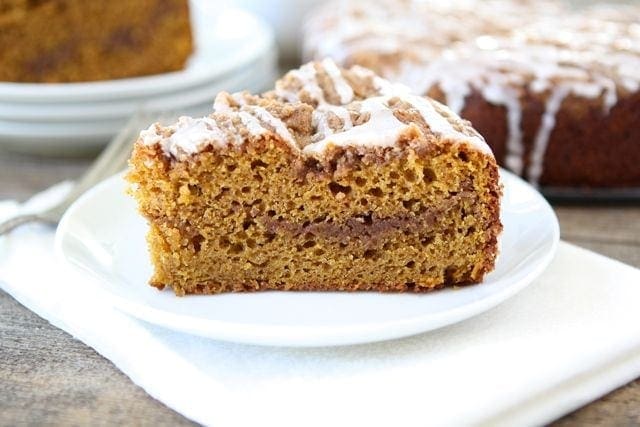 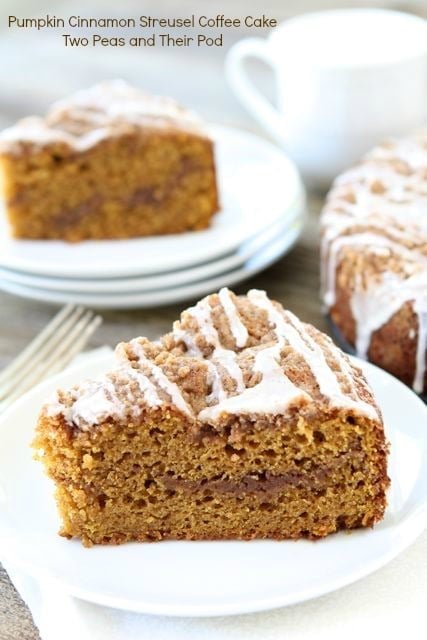 Utah finally got a cold spell over the weekend. The mornings have been chilly! I decided to warm things up by turning on the oven. I baked a Pumpkin Cinnamon Streusel Coffee Cake that warmed up the house and my belly. 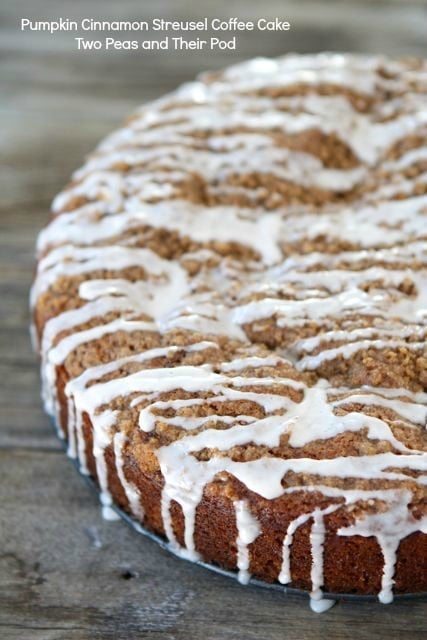 I love this cake because it is unbelievably delicious AND it’s a breeze to make. You probably have all of the ingredients in your kitchen already. We did! I will give you a second to go look. On your mark, get set, GO!

Are you back? Ok, good. I hope you had all of the ingredients. If not, run to the store. Don’t walk, run. By running, you will burn extra calories so you can eat more cake. I love the way I think:)

The pumpkin flavor isn’t too strong in this cake, but you can tell it’s there, don’t worry. The cinnamon streusel tunnel and topping give the pumpkin cake the pizazz it needs! And because I am obsessed with glazes, I added an easy cinnamon glaze. It makes the cake look pretty and adds a nice sweet finish.

Please don’t wait to make this Pumpkin Cinnamon Streusel Coffee Cake. It needs you. You need it. See, it’s a win win! Get baking today! 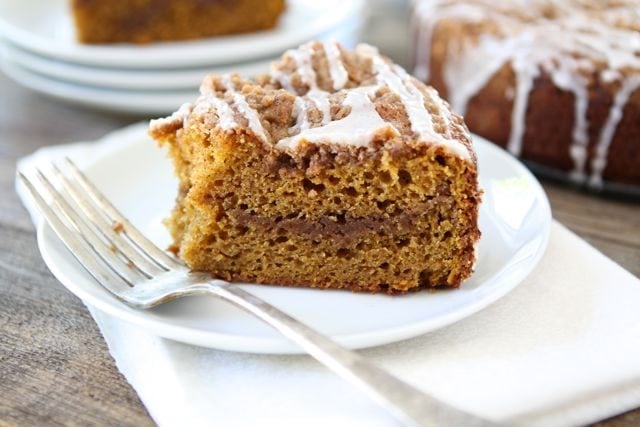 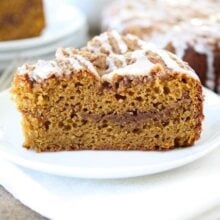 For the cinnamon streusel: 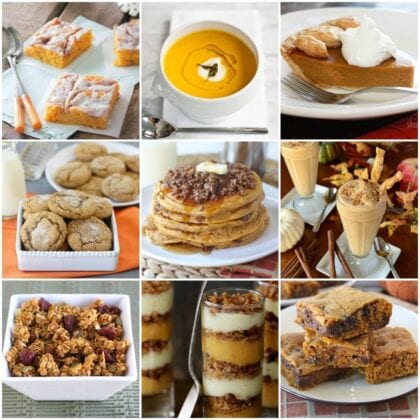 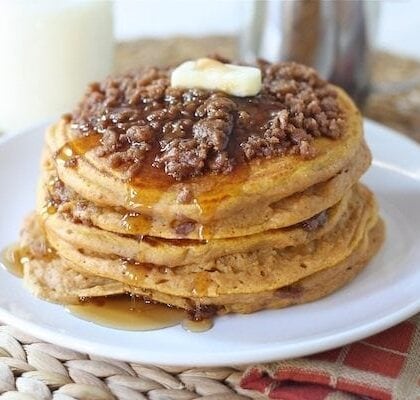 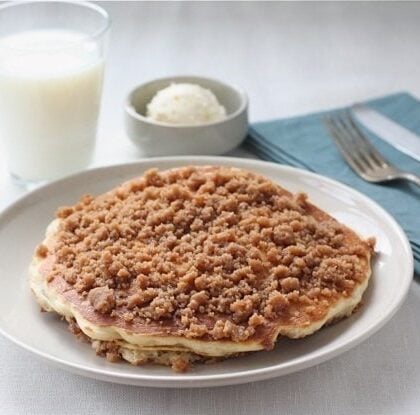 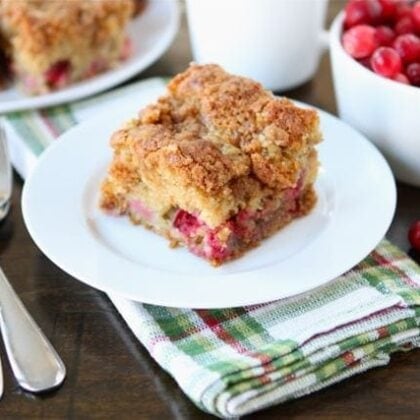